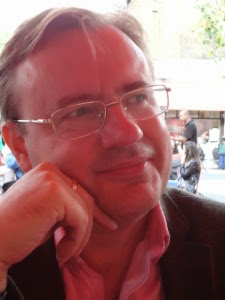 In this post, Piers Benn presents his book entitled Commitment. Piers (pictured above) is a Visiting Lecturer at Heythrop College, University of London, and Adjunct Professor at Fordham University New York, based at its London Centre. He was a lecturer in philosophy and in medical ethics in previous posts.

The title I chose for my book for the Acumen Press Art of Living series was Commitment (2011) but in many ways it could equally well have been Doubt. Thinking about it afresh after a few years away from it, I can see that it was largely a philosophical attempt to defend various forms of doubt, as a state forced upon us by judicious reasoning rather than desirable in itself. I focused on three main areas where the tension between commitment and doubt felt particularly powerful: love, work and faith.

I wanted to uphold the value of commitment, but only when properly thought through. Commitment can be energising, morally improving and conducive to a deeply satisfying sense of meaning, purpose and value. But there are sometimes good reasons why the temptation to commit oneself should be resisted. I put the point rather grandly, saying that where there is a conflict between the pursuit of truth and the pursuit of happiness, the pursuit of truth should win out.

When philosophers write their books and articles, they are often driven by highly personal concerns.

The chapter on work makes a threefold distinction between a job, a career and a vocation, and probes the nature of ambition (which needs sustaining by commitment) and the mysterious desire for reputation and authenticity. I somewhat idealise the perfect vocation, in which one spends most of one’s energies doing what one most wants to do, but note the difficulty for most of us in finding it. In the ensuing chapter on religious faith (or lack of it) the book is perhaps at its driest, making much of disagreement among epistemic peers, the urgency of the quest, and the value of being guided by argument and evidence. I use the term ‘ethical evidentialism’ to describe the high-minded Victorian injunction never to believe anything upon insufficient evidence, and produce a qualified defence of it. But I try to produce a kind of reconciliation between this, and a version of Pascal’s Wager, suggesting that while one should not try to believe things that don’t seem to be true, one may still keep the question open, seek the truth and not be deterred by lack of success.

The urge to commitment, I later argue, is easily attacked by boredom and especially acedia – traditionally understood to be the sin of slothful indifference to things of spiritual value. This interesting ‘sin’ has a close cousin in depression, and both conditions are characterised by an intense discomfort from which there seems to be no conceivable escape. The desert monk attacked by the ‘noonday demon’ not only finds the religious life arduous, but also the thought of success unsatisfying. The misery of utter lack of motivation, or ambivalent motivation (such as is found in many addicts) should be of interest not only to philosophers but also to mental health professionals.

Can anything useful be said to people in these states? The final chapter on commitment, life and meaning suggests that there is a partial way out, in recognition of the value of purely subjective ideals and commitments. The enemies of the quest for an energising sense of meaning are the three ‘Fs’ – failure, falsehood and futility: one’s commitments may fail to achieve their goals, or may be based on illusions, or they may be futile (like Sisyphus’s struggle to bring the rock to the top of the hill). Yet as Camus said, even Sisyphus can be happy if he hopes for success. In any case, some of our projects really are worth pursuing. If we can combine the love of truth with a sheer zest for life, we are on the way to a life of meaningful commitments.