Conference on Psychiatry and Society (1)

On 12th May 2015 in London I attended the "Psychiatry and Society" conference organised by the Psychiatry Section of the Royal Society of Medicine. Here I will summarise the talks I heard in session 1, emphasising those themes that are close to our blog readers' hearts.

Session 1: Genetics and Neuroscience of Mind, Self and Behaviour 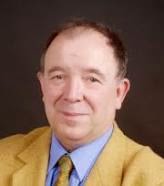 The differences in the forms of evolution that interest the brain and the levels of analysis are reflected in different brain disorders. There are single gene ones (such as microcephaly) but conditions such as autism do not involve just one gene, rather more than 500 predisposition genes. In such cases, one can't say: "one gene, one brain". In some other disorders, due to brain lesions, one can lose the capacity to read (alexia) without losing the capacity to write (agraphia) which shows post-natal selection of cultural circuits. In the case of pathological gambling and other cases of loss of control, automatic behaviour prevails over controlled behaviour and paralimbic abnormalities are detected. In sociopathy and other disorders affecting interactions with other people we find problems with the patterns of connections underlying conventional and ethical norms.

Next, philosopher Jonathan Glover (in the picture above) spoke about "Neuroscience, agency and responsibility". He argued that there is a paradox in psychiatry. One the one hand, for many disorders such as addiction, recovery seems to depend on agency. On the other hand, neuroscience tells us that agency does not work in the way we think, and that the will itself may be an illusion. So it is important to understand the role of neuroscience in understanding agency and responsibility. One important question is whether we are responsible for what we do when we are compelled to act or behave in that way. What makes some action something irresistible as opposed to something that was not resisted? Another important question is what impact ability and motivation have on action.


The difficulty with addiction is that we cannot just read the irresistibility of one action off the brain changes that neuroscientists have found in people affected by addiction. One such change is that, for instance, people experience reward in anticipation of performing an action that contributes to their addiction before they actually perform the action. We need to know more about how the changes in the brain affect someone's capacity to do otherwise.

Another case that is hard to address is the case of anti-social personality disorder. In one study it was observed that people who have a genetic pre-disposition to aggression and have experienced very bad treatment in childhood are 12% of the population but are responsible for 44% of the convictions for violent crime. The combination of the two factors (that alone raise the likelihood of violent behaviour only minimally) can make us think that when additional adverse factors apply, then maybe people cannot do otherwise but act in an anti-social way, suggesting that they are not responsible for their behaviour and they can be criticised for their character but not blamed for having that character. As such, they do not deserve retributive punishment. (And maybe nobody does.) 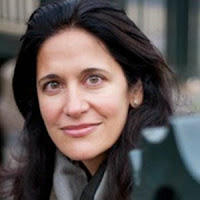 Social scientist Ilina Singh (pictured above) was the discussant for this session, and addressed the main issues raised by Changeux and Glover. She started discussing translation, that is, the transition from one field to another, from a domain to another, or from one discipline to another. Although interdisciplinarity is important and valuable, it also presents challenges that are often underestimated. So, for instance, philosophers and neuroscientists do not understand self-control in the same way. In the context of psychiatry, the idea of promoting dialogue is often objected to because there is some assumption that the person with mental illness is not a reasonable agent who can enter the dialogue. But dialogue is key, especially in the clinical settings, and can bring moral progress.