For our series of first-person accounts, Kitt O'Malley, blogger and mental health advocate, writes about her experience of altered states and what these mean to her. 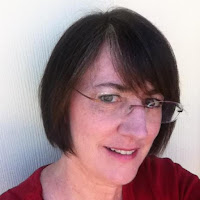 When I was twenty-one upon returning from my grandfather’s memorial mass at which I gave the eulogy, I first experienced a series of altered mental states which I chose to interpret as God calling me to the ordained ministry. I questioned that sense of call due to my intellectual skepticism, my agnosticism, and the fact that I had a history of mental illness, namely major depression and dysthymia. God did not speak to me in my altered mental states. I heard no voices and saw no visions. The altered states I entered were sometimes ecstatic and sometimes tempting and dark. My interpretation of my experiences was influenced by my familiarity with the works of Alan Watts and D.T. Suzuki on Zen Buddhism, C.S. Lewis’ The Screwtape Letters, and Roman Catholic mystic saints.

As I received no definitive instructions, I didn’t know exactly what God called me to do, but I chose to identify with mystic saints and believed that God called me to seminary training. I did not pursue a seminary education at that time. Later when I was thirty, after being prescribed antidepressants, I experienced a week-long psychotic state in which simultaneous thoughts raced through my mind in binary (zeroes and ones), about chaos theory, and about Roman Catholic mystic saints. Even after the psychotic break, my diagnosis remained dysthymic, with the episode believed to be a reaction to antidepressant medication.

Again, I believed God called me to seminary, but I had to address my mental health before I could follow through on my sense of God’s call. At the age of thirty-nine I once again started to experience euphoric sensations and the belief that God was calling me. At that point, I was a mother and wanted to be stable and grounded for my active toddler son more than I wanted to be a mystic. As a mother, the practical trumped the mystical. I sought help for bipolar disorder from a psychiatrist. My diagnosis changed from dysthymia to bipolar type II and my medication changed accordingly with mood stabilizers and sometimes an antipsychotic added to the mix. Finally, after a psychiatric hospitalization at forty-one, I applied to and attended, but did not complete, seminary.

My belief that I am both a mystic and have a mental illness remains. I believe that God has a purpose for me and that I am fulfilling that purpose in blogging about living with bipolar disorder and in my volunteer work as a mental health advocate. At the same time, I am skeptical of my own belief and realize that such a belief can be dangerous and can lead to destructive behavior.

In spite of my skepticism, I decided to embrace my own experiences as meaningful. I straddle both biological and meaning-based understandings of both my mental illness and my experience of divine calling. I believe both perspectives could be true. For me, what is key is that the meaning I glean from my experiences is positive in its effects.