The 17th International Conference on Philosophy, Psychiatry and Psychology - INPP 2015 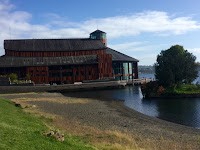 All the lectures and seminars were housed in Teatro del Lago (picture above) located on the lake in Chilean Patagonia, with an inspiring natural setting and stunning architecture. The programme consisted of 23 plenary conferences, 54 oral presentations, 6 panel discussions, and more than 30 posters of researchers coming from all over the world.


Here I summarize only a small sample of talks from this super interesting event. 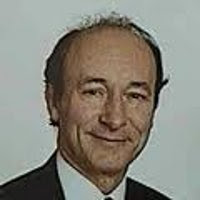 Michael Schwartz (Texas) and Osborne Wiggins (Kentucky), in their interesting talk ‘Mental illness is an inevitable consequence of the singular diversity of human beings’ argued that despite apparent Western acceptance for human diversity, there is, at the same time, an increasingly narrow tolerance for a variety of behavioral and experiential differences among people. The authors proposed that the phenomenon of mental illness arises as a consequence of the phenomenon of human diversity coming up against constraints and limitations in expressed and experienced mental and behavioral realms. While diversities of physique, race, region and society are affirmed and applauded, decorum, temperaments and conduct arguably must conform to ever narrower norms. Schwartz and Wiggins illustrated their thesis – that mental illness is an inevitable consequence of the singular diversity of the human species – through the examples of mental disorders such as attention deficit disorder, melancholia, schizophrenia and antisocial personality disorder.

Thomas Fuchs’ (Heidelberg) talk ‘Existential Vulnerability. Toward a psychopathology of limit situations’ embraced Karl Jaspers’ concept of limit situations, putting particular emphasis on basic preconditions for the occurrence of mental disorders. The concept relates to an ‘existential vulnerability’ of mentally ill persons which makes them experience even inconspicuous events as distressing limit situations. In such situations an otherwise hidden fundamental condition of existence becomes a manifest for them, for example, the fragility of one’s own body, the inevitability of freedom, or the finiteness of life. This fundamental condition is found unbearable and, as a reaction, gives rise to mental illness.

Michelle Maiese (Boston) presented talk ‘Dissociative Identity Disorder and Ambivalence’. The author challenged the claim that dissociative identity disorder (DID) literally is an instance in which multiple selves inhabit a single human body. Instead, DID should be understood as involving a single self who suffers from significant disruptions to self-consciousness; and these disruptions, in turn, can be understood as the result of extreme emotional ambivalence. A single subject turns to different alter personalities as a way to cope with pervasive inner conflict while at the same time hiding these contradictions from herself. Maiese concluded that alter-formation can be viewed as an attempt to cope with extreme ambivalence without actually resolving inner conflict, and involves what might be described as a single, though “internally divided,” self.

The 17th International Conference on Philosophy, Psychiatry and Psychology was a wonderful event, offering a space for dialogue and networking, as well as enriched with a high quality entertainment. I am grateful I could be part of it.