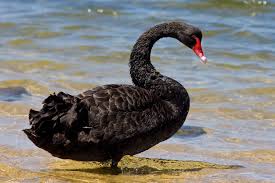 Matthew Parrott and Philipp Koralus (hereafter P&K) offer a fresh take on 'imperfect cognitions'. In their recent post they outline how their 'erotetic theory' can account for certain instances of fallible human reasoning. They illustrate this with an example about a fridge containing either beer or wine and cheese (I confess that I fell for the fallacy here; I presume my critical faculties were disarmed by my stomach).

My purpose in this brief post is not to contest their analysis of such examples, but to summarise my evaluation of their erotetic approach to delusional thinking, raising my own questions about their theory in the process.

Mellet et al. (2006) found that patients with schizophrenia outperformed healthy control participants on a particular reasoning task, which involved falsifying conditional rules with a negation in the antecedent (e.g., If there is not a red square on the left, then there is a yellow circle on the right). P&K suggest that healthy participants adopt a 'suppositional reasoning strategy' to solve such problems. It is true that this strategy, which involves finding a state of affairs that confirms the affirmative clause and contradicts the negative clause of the rule in question, yields incorrect answers when applied to conditional rules with a negation in the antecedent. But P&K do not explain why this strategy should require a capacity for endogenous-question-raising. Indeed, what P&K say elsewhere in their paper suggests just the opposite. So it is unclear how the erotetic theory offers any explanation of these results. Whether this is a significant problem for them depends on the scope they intend their theory to have. If their theory is intended as an account of delusional cognition there is no major problem, because delusions (a symptom) and schizophrenia (the diagnostic syndrome investigated by Mellet et al., 2006) are not the same thing.

That deluded individuals 'jump to conclusions' on the well known 'beads task' is one of the most important and influential findings in the literature on delusions. The task is to determine from which of two jars a sequence of coloured beads is being drawn (e.g., Jar A, containing 85 red beads and 15 blue, or Jar B containing 85 blue beads and 15 red). A robust finding is that deluded individuals require fewer bead draws before making this decision. According to P&K, this effect occurs because deluded individuals (who have a reduced tendency to endogenously raise questions) ask themselves questions that explicitly represent fewer bead sequences, the minimal such question being 'do I have Jar A, which has red on its first draw, or do I have Jar B, which has blue on its first draw?'
To conclude, I think the erotetic theory is intriguing, and I like the suggestion that deluded individuals are less inquisitive than healthy individuals. But I’m not sure this suggestion does much more than re-describe existing findings with fresh terminology. I’d like to know what novel, falsifiable predictions the theory makes about delusions. I think answers to my above questions would enable a fuller assessment of this interesting theory’s original contribution to understanding delusional cognition.