Hope and Optimism Conference in Colorado

How do hope and optimism benefit our relationships? Does optimism predict post-release outcome for the incarcerated? Can I believe what I hope? Are children optimists or realists? Those were just some of the questions discussed at the hope and optimism midterm collaboratory in Estes Park, Colorado. At this interdisciplinary conference, social scientists and philosophers funded by the Hope and Optimism Funding Initiative presented their research. While the social science projects are halfway through their research, many philosophy projects are nearing the end. In this report, I will describe only a few projects and talks in more detail. (More information on the individual projects can be found here.) 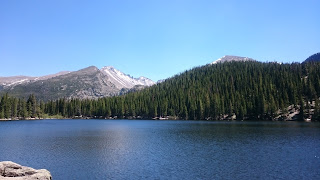 In their project on optimism in children, Laura Hennefield and Lori Markson are investigating whether young children between three and six years of age are optimistically biased and whether this bias is affected by adverse environmental influences. They have designed a number of experiments which assess whether children make unrealistically optimistic predictions regarding themselves, and whether they prefer to learn from individuals who have shown themselves to be realistic or overly optimistic. 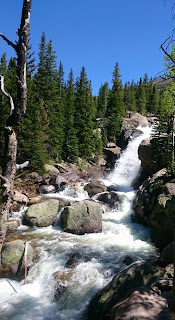 In another social science project, Margaret Clark, Elizabeth Clark-Polner and Will Cunningham are looking at the influence of hope and optimism on our relationships. Among other things, they found that the optimism a person felt about a prospective relationship greatly influenced the amount of effort they went to initiate the relationship and the success of these efforts. Optimism was far more predictive of success in relationship initiation than the strength of the desire for such a relationship.

On the subject of hope and belief, Robert Pasnau argued that, contrary to what evidentialists hold, hope sometimes licences us in believing things on insufficient evidence. He pointed out that some beliefs have pragmatic benefits which might justify holding them, this would for example be the case if believing that we could recover from a grave illness would increase our likelihood of doing so. There are however also beliefs which are intrinsically valuable and not merely because of their positive effects, he proposed. One such belief would be the belief in the overall goodness of humanity, despite inconclusive evidence. Hope as an affective state may enable us to hold these beliefs despite comparatively low levels of credence. While this violates the evidentialist principle that we should not believe on insufficient evidence, hopeful believing allows us to live richer, more engaged lives.

In her talk Adrienne Martin presented work which focuses on interpersonal hope, the hope we invest in each other. Looking at hope in the framework of moral psychology she argued that hope shapes the way we are accountable to each other. When we invest hopes in others, our hopes for their future conduct and achievements should be understood as taking the form of pleas or urges to act in certain ways. We are urging them to succeed and not to let us down. Consequently, when we do not live up to the hopes others place in us, the appropriate reactive attitude is disappointment. In contrast, resentment is the reactive attitude appropriate when another has violated our rights. As with other reactive attitudes such as resentment, there are conditions on when disappointment is appropriate. Adrienne pursues these further in her forthcoming book on interpersonal hope.

I introduced our project which looks at the cost and benefits of unrealistic optimism. One of the questions we are pursuing is whether we are sometimes justified in being unrealistically optimistic about our future moral conduct. I argued that frequently, an unrealistically high belief in one’s own moral conduct is undesirable because it reflects a distorted view of our own strengths and weaknesses or an insufficient appreciation of the roadblocks we encounter when we try to do what is right. However, in as far as our optimistic belief stems from our commitment to do what is right, it is a good thing, even if it outruns the evidence.

In addition to the academic presentations, we also got a preview of the play that the project is funding and saw some clips from the project's Hope on Screen short film competition.

Thanks to the organisers for hosting such a stimulating and enjoyable conference set in an area of amazing beauty. 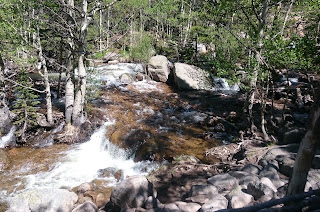