Art and Emotion: An Interview with Derek Matravers

In this post Matilde Aliffi, PhD student at the University of Birmingham, interviews Derek Matravers (pictured below), who is professor of philosophy at the Open University, and has interests in aesthetics and philosophy of art. Derek is the author of Fiction and Narrative (OUP, 2014) and has recently completed a book on empathy which will be published by Polity Press. 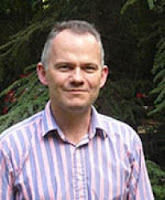 MA: You are a leading expert in aesthetics and philosophy of art. How did you become interested in these areas?

DM: There were three reasons for my interest. The first was that there were some really inspirational figures working in the area when I first went to University; in particular, Richard Wollheim who had been at UCL just before I arrived. Other greats, such as Bernard Williams, clearly had a keen interest in the topic even if they never wrote about (although Williams did write occasional pieces on opera, which have since been collected into a book).

Secondly, it was a natural extension of my interest in art. When I started, I hoped it might lead me on the road to being an art critic, but it is probably just as well that it did not.

Finally, there really are some very difficult problems in aesthetics. One way to think about it is that it has all the problems associated with meta-ethics and then some. There are problems of objectivity and realism, but also problems that stem from the centrality of perception. Nobody thinks that the canonical way to access the moral value (or disvalue) of (say) global inequality is by looking at it. However, that precisely is the canonical way to access the aesthetic value of (say) a Poussin or a Picasso. Why? And how can we get judgements that are binding on others from this basis? There is also something to be said for the view, which has pretty much died out at least in Anglo-American philosophy, that aesthetics is utterly central to philosophy – this view is core to the Scottish Enlightenment, Kantian and post-Kantian German philosophy, and others. This is because it really is about the way we are in the world.

DM: This is where I differ from most of my colleagues. It is tempting to think that the mental attitudes appropriate to fiction differ from those appropriate to non-fiction. The consensus seems to be something like this: when I read a newspaper, I believe the content of the paper and when I read a novel, I imagine the content of the novel. I think this is difficult to sustain. In essence, the problem is this. If we construe imagining as simulation (as most people writing in this area do), imagining stuff is equated with processing stuff ‘off line’.

However, the content of what we process ‘off line’ is neutral between fiction and non-fiction. All simulation amounts to is processing stuff that is not coming in via perception and coming out via action. So by this account of imagining we imagine both fictions and non-fictions. OK, you might say, but surely the mental state appropriate to non-fiction is linked to belief in the way that the mental state appropriate to fiction is not. Again, it is not so clear. There are plenty of propositions in non-fiction that do not merit belief, and plenty of propositions in fiction that do merit belief.

A better way of looking at the matter is to realise that we all need to represent the content of a narrative to ourselves, whether it is fiction and non-fiction. Hence, we get some kind of mental model of its content. The propositions contained in that mental model may or may not be beliefs. Once we have said that, which applies both to fictions and non-fictions, it is not clear that there is much left to sort out.

DM: The relation between art and emotion is really difficult to get clear. Clearly, art can arouse all kinds of emotions: it can bore us, excite us, make us sad, happy, nostalgic, wistful, and many more besides. I think that, within this, we need to make quite a sharp distinction between two different sorts of case.

The first sort of case is simple emotional arousal. This is not very philosophically interesting; lots of things (say) excite us, from ice-cream to downhill skiing and it would be surprising if works of art did not figure amongst the list. 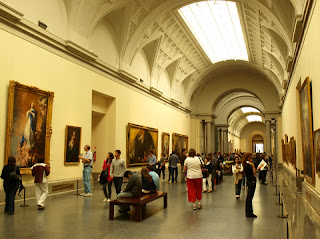 The second sort of case is when we want to say, not just that the works cause us to feel an emotion, but that the works of art *express* an emotion. In fact, we can judge that a work of art expresses an emotion without – apparently – our feeling any emotion at all. Somehow our experience contains the work of art, and the emotion, and it is not clear how the two are related.

I think some of the most interesting theories at the moment are some variety of the thought that we imagine of the work of art that it is an expression of an emotion. If this works at all, it works for music but it is not clear how it generalises to other art forms. Maybe we need some variety of the thought that we experience the work as similar to the appearance of an emotion. Or maybe both. It is not given, after all, that the relation is the same in all cases.

MA: What are your current research interests?

DM: I have just finished a book on empathy, and am taking a new departure. Together with Helen Frowe, of the Stockholm Centre for the Ethics of War and Peace, we are trying to think through the implications of protecting what the UN calls ‘cultural property’ in war zones. It is a difficult and slightly depressing area; what are we prepared to pay in terms blood and treasure, to preserve objects of great aesthetic and cultural value? If the most effective way to drive ISIS out of Palmyra (say) is to bomb it, how should we think through the various issues involved?