On the Special Insult of Refusing Testimony 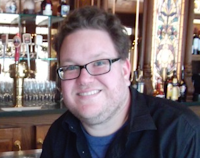 In this post Allan Hazlett (pictured above), Professor of Philosophy at the University of New Mexico, summarises his paper "On the Special Insult of Refusing Testimony", which is forthcoming in a special issue of Philosophical Explorations on false but useful beliefs. The special issue is guest edited by Lisa Bortolotti and Ema Sullivan-Bissett and is inspired by project PERFECT's interests in belief.

My paper is inspired by two remarks made by J.L. Austin and G.E.M. Anscombe. In “Other Minds” (1946), Austin writes that “[i]f I have said I know or I promise, you insult me in a special way by refusing to accept it,” and, in “What Is It to Believe Someone?” (1979), Anscombe writes that that “[i]t is an insult … not to be believed.” The goal of my paper is to give an account of why you can insult someone by refusing her testimony.

I take my paradigm case of the special insult of refusing testimony from David Foster Wallace’s (2004) story entitled “Oblivion.” In the story, the narrator Randall Napier describes a “strange and absurdly frustrating marital conflict between Hope [i.e. his wife] and myself over the issue of my so-called ‘snoring’” as arising from Hope’s repeated insistence that he snores. Randall, however, refuses to accept Hope’s testimony on this point, because, as he insists, “I, in reality, am not yet truly even asleep at the times my wife cries out suddenly now about my ‘snoring’ and disturbing her.” Given some other details of the story, I maintain that, in refusing Hope’s testimony, Randall insults her.

How is this possible? I characterize insults, in general, as expressions or manifestations of offensive attitudes: if you insult someone, you express or manifest an attitude that is offensive to her. In the case of refusing testimony, I argue, the relevant attitude manifested is doubt about the speaker’s credibility. But this attitude is offensive to the speaker, when it is, only in virtue of the fact that the speaker presupposed that they were credible by offering their testimony in the first place. Refusing someone’s testimony is thus an instance of rejecting a person’s invitation to engage in a collective activity on the basis of doubt about their competence to engage in that activity.

I conclude the paper by sketching some applications of my account, including the application of my account to the question of valuable false beliefs. I argue that the existence of the special insult of refusing testimony grounds the existence of a novel species of valuable false belief. For there are cases in which avoiding the special insult of refusing testimony requires believing something false. Imagine that Randall Napier as a matter of fact does not snore. Nevertheless, he still insults Hope by refusing her testimony – for he still manifests doubt about her credibility by not believing what she tells him. I argue that Randall owes Hope his trust, even if she happens to be wrong. 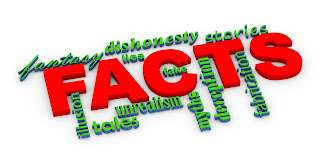 The present species of valuable false belief is notable because its value doesn’t depend on its content. Consider the optimism of the athlete who believes that she will defeat her opponent, which partly constitutes the confidence that enables her to play to a draw. The positive or optimistic content of her belief matters here – her believing this content explains why she performed as she did, from which performance the value of this false belief derives. The present species of valuable false belief, however, comprises beliefs that are not valuable because of their content. Their value derives, instead, from the interpersonal circumstances of their formation.