This post is by Leslie van der Leer (Regent's University London) who recently wrote a paper entitled, "The Optimist Within", together with Ryan McKay (Royal Holloway). The paper is to appear in a special issue of Consciousness and Cognition on unrealistic optimism, guest edited by Anneli Jefferson, Lisa Bortolotti, and Bojana Kuzmanovic. 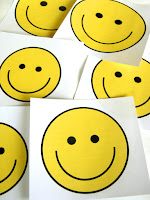 “Let me think it over”, you say as the travel agent advises you to buy insurance. But is this wise? Can we get a more accurate representation of our risks by ‘thinking them over’?

Studies by Vul and Pashler (2008) and Herzog and Hertwig (2009) suggest the answer is “Yes”, provided that we combine our considered risk estimate with our initial estimate. These authors found that the well-known “wisdom-of-the-crowd” effect also applies within a single mind. The wisdom-of-the-crowd effect appears when the average of several judges’ estimates (e.g., estimates of the weight of an Ox; Galton, 1907) is more accurate than each individual estimate, on average. In the “crowd-within” effect, the average of two estimates provided by a single person has a smaller error than either of the errors of the individual estimates on average. The implication is that people provide these estimates based on random samples from an internal distribution, where each sample’s mean resembles an independent judge’s estimate. On this basis, ‘thinking things over’ (and averaging estimates) would make us more accurate.


Whereas existing studies on the crowd within involve repeated estimates of neutral items (e.g. “The area of the USA is what percentage of the area of the Pacific Ocean?”), we (Van der Leer & McKay, in press) also investigated what happened on the second estimate for self-relevant negative events (e.g., “What is the chance that you will die before 90?”): would random errors in direction cancel out (producing a crowd-within effect) or would participants sample selectively, producing systematically more optimistic estimates the second time around? After providing an initial estimate, participants in our study were asked to assume this estimate was wrong and to provide a second, different estimate. Estimates were incentivized for accuracy, to counter a motivation to costlessly signal a lower risk (e.g., to the experimenter).


We found that first and second estimates for neutral questions were not systematically different. Yet, second estimates for undesirable questions were more optimistic than first estimates. This suggests that participants were sampling selectively – rather than randomly – from their internal probability distribution when providing estimates for undesirable events. Our results indicate that people “deceive” themselves by judiciously selecting rosy estimates of their future prospects. Despite this self-deceptive selective sampling, we did find that the average of the two estimates had a smaller error than either estimate alone (i.e., crowd-within effect). This suggests you might arrive at a more accurate estimate of your risk if you think things over and take an average, before getting back to your travel agent.
Posted by Lisa Bortolotti at 08:00