What Can Attention Teach Us about Optimism?

This post is by Adam Harris (University College London) who recently published a paper entitled: "Understanding the coherence of the severity effect and optimism phenomena: Lessons from attention". The paper appeared in a special issue on the nature and consequences of optimism, guest-edited by Anneli Jefferson, Lisa Bortolotti, and Bojana Kuzmanovic. In this post, Adam (pictured below) offers a precis of his paper. 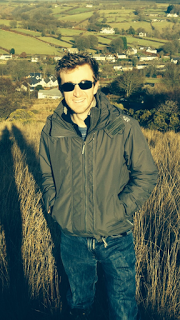 Given this popular belief, a surprising result is therefore the ‘severity effect’, whereby likelihood estimates for negative events are higher than for neutral events.

At first sight, the severity effect appears clearly at odds with the three optimism phenomena outlined above. My paper proposes a simple framework (inspired by the motivated attention hypothesis from lower level cognition) to determine the degree to which these phenomena are necessarily inconsistent. The framework clarifies the relationships between the phenomena and stimulates future research questions.

A dominant perspective in attention and word recognition is that valenced stimuli (both positive and negative) have attentional primacy over neutral stimuli. One result of this is that both negative and positive words are recognised faster than neutral words (though note that there is some debate over these results, with other researchers finding an advantage solely for negative words). The motivated attention hypothesis explains these results in terms of an attentional bias towards motivationally relevant stimuli – positive and negative.

A framework based on the motivated attention hypothesis is advanced to clarify the relation between these phenomena in the domain of likelihood judgment. Within such a framework, there is therefore no tension between results demonstrating that both negative and positive events might be overestimated relative to neutral events (the severity effect and wishful thinking).

Negative events in one’s own future can be assumed to be more negative than the same negative events in another’s future. Thus, results suggesting that people judge negative events as less likely for themselves than for others (unrealistic comparative optimism) are directly inconsistent with the severity effect, and the motivated attention framework. I argue in the paper, however, that this inconsistency might be more apparent than real. My argument rests on a recognition that a number of non-motivational accounts (e.g., egocentrism) have been advanced to explain unrealistic comparative optimism. These accounts assign no causal role to event valence in explaining the phenomenon. If unrealistic comparative optimism is explained by factors other than event valence, there is no longer any inconsistency with the motivated attention framework, which only incorporates the influence of event valence.

Finally, I consider optimistic belief updating, the most recent addition to optimism phenomena. The influence of neutral information has yet to be compared with the influence valenced (positive or negative information – good or bad news) in this paradigm. A greater use of positive information over negative information is not, however, readily reconciled within the motivated attention framework. Given the success of non-motivated explanations for unrealistic comparative optimism, I propose that similar explanations should be investigated for optimistic belief updating. The potential inconsistency with the severity effect and results from attention highlight the potential parsimony of such an account.

In the paper, I go on to discuss other possible routes to reconciliation (of the severity effect with optimism phenomena) that have previously been discussed in the literature. The use of the motivated attention hypothesis from word recognition proved useful, however, for clearly organising four related phenomena (the three optimism phenomena, plus the severity effect) that have been purported as relating to an effect of valence on likelihood estimates. I hope that this work proves useful for provoking further research and theorising in this domain.