In this post, I interview Louise Moody, Associate Lecturer in Philosophy at the University of York, and Tom Stoneham, Professor of Philosophy & Dean of the Graduate Research School, also at the University of York. Tom and Louise are presently researching dreaming: specifically, they are investigating an alternative model of dreaming (one that holds dreams are confabulations on waking rather than experiences of some type that are remembered and reported as dreams) and whether this model might be beneficial for those experiencing parasomnias. 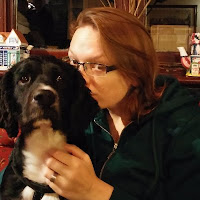 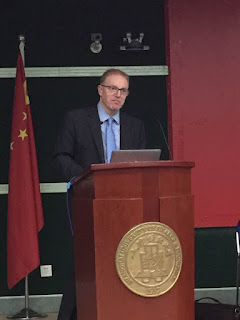 SS: Why is the topic of dreaming of interest to philosophers and what contributions have philosophers made so far?

LM & TS: The first thing to say is that dreaming takes up a surprisingly large amount of our mental lives with most of us apparently dreaming 4-6 times a night – indeed, awakenings from all sleep-phases (i.e. both r.e.m and non-r.e.m sleep) elicit dream reports between 50-90% of the time (e.g. Dement & Kleitman 1957; Nielson 2000). Yet dreaming receives relatively little attention from philosophers: whilst the possibility that we are now dreaming is often used to prop up sceptical arguments, the nature of dreaming is rarely directly examined - notable exceptions include Malcolm (1959) who thought the notion of any mental activity during sleep self-contradictory, Dennett (1972) who proposed that dreams might be non-consciously composed ‘cassettes’ that are inserted into memory for ‘playback’ on waking, and more recently, Ichikawa (2009) who treats dreams as sensory imaginings.

Almost everyone who has had a dream takes their experience to support the ‘Standard Model’ of dreaming: dreaming is a conscious experience of some type which happens during sleep, is encoded in memory, recalled – often partially – upon waking, and sometimes shared with others. That is just what it feels like. But as the great Islamic Philosopher Al-Ghazali pointed out in 1105, this model is likely to strike someone who has had no personal experience of dreaming as very puzzling. People are reporting having perceptions at times when they are clearly not having perceptions, precisely because they are asleep and not in the presence of those things they report perceiving. The very familiarity of dreaming has stopped philosophers (with very few notable exceptions) from seeing just how theoretically puzzling this idea of ‘offline’ perception really is.
SS: I understand you’re developing an alternative model to that outlined above, one that centrally involves imperfect cognitions? Tell us more!

LM & TS: Despite seeming incredibly obvious, the Standard Model is surprisingly hard to prove or disprove, precisely because it postulates a realm of private experiences that cannot be directly reported upon (note: LaBerge (1981) purportedly found that lucid dreamers can ‘signal’ that they are dreaming by performing a series of pre-arranged eye movements, but we take this finding to be methodologically controversial). Other well-known problems with the Standard Model, as Freud originally noted (1900: Ch.1), include pre-cognitive ‘alarm clock’ dreams (suppose you dream of an explosion and wake up to find this sound merging smoothly with the buzzing of your alarm clock; then you must have somehow predicted that your alarm clock was about to buzz, which is wildly implausible) and time-compression (experiences that would take a long time in waking life are often temporally compressed in dreams, and no-one has yet explained why such experiences are special cases).

Other lesser-known, and quite substantial, problems concern explaining both the content and function of dreams. Consider the common belief that eating cheese gives you bad dreams (correlations between food and bad dreams are very common in all cultures, though the foods vary with beans being a more common historical source of bad dreams). How does a food type affect dream content? What is in your stomach doesn’t affect your perceptions or imaginings (unless you attend to it) when awake so why does it do it when you are asleep?

The standard model also has some problems explaining the function of dreams. If dreams are conscious experiences, then their function must be one of those functions which conscious experiences perform, such as remembering, or planning, or deciding. While some dreams may seem to have such functions, large-scale analysis of dream reports suggests they are in the minority (there is a serious risk of both survivor bias and confirmation bias in all attempts to look for functions of dreaming). These explanatory weaknesses are what drives Freudian and Jungian theories, with their postulation of further hidden mechanisms: we fall into the trap of explaining one mystery by another.

Taking these issues seriously has led us to explore alternative models of dreaming, and in particular, the idea that dream reports are not recollections of experiences but confabulations. The idea is not new – it was proposed by Edmund Goblot in 1896 as an explanation of Maury’s famous ‘pre-cognitive’ dream (in which he reportedly woke up from a dream of being guillotined just as his headboard struck his neck) – but it has not yet been developed in the light of more recent understanding of the physiology of sleep and the sociology of dream reporting.

To sum up the theory in a sentence: Interoception of physiological changes during sleep causes confusion on waking which is dealt with by confabulating nocturnal perceptual experiences in accordance with social expectations and cultural norms.

SS: Do you anticipate that that the research will have implications beyond philosophy?

Certainly. One major implication is that – and our early investigations are promising – it should inform therapeutic treatment on people experiencing sleep-related disturbances. By that, we mean people experiencing things like recurrent nightmares and nocturnal panic attacks, as well as the associated mental and physical symptoms they tend to produce. We’re now beginning to work out – in collaboration with mental health practitioners – just how the Cultural-Social Model can be applied in practice.

Here is a bite-sized example that hopefully gives a sense of how it works: Studies show that anywhere between 52-96% of people with Post Traumatic Stress Disorder (as opposed to approx. 3% of those without PTSD) report disturbing nightmares that ‘replay’ traumatic events that, understandably, exacerbate PTSD-related symptoms (e.g. Hasler & Germain: 2009; Krakow et al. 2002). We anticipate that – by removing the sense that PTSD-related nightmares somehow result from a cognitive flaw in their internal processing of memories – clients should see improvements in their PTSD sleep-related symptoms, and perhaps more general improvements in their interpersonal and personal functioning. Essentially, we think that the Cultural-Social Model has an immediate ‘real-world’ benefit in that it can improve the treatment of a wide range of mental health conditions by improving talking therapies.

We should also point out that, on our alternative model, one needn’t be undergoing therapeutic treatment of sleep disturbances to gain greater insight and understanding of one’s dreams. Most of us have, at some point, recalled a dream that seemingly reveals something troublesome about our psychological makeup. Consider, for example, someone who ‘recalls’ a dream of violently stabbing their spouse, and takes this to be indicative of some hidden or buried psychological issue – perhaps even of unconscious murderous tendencies.

We resist the impulse to go down this mysterious ‘Jungian’ road. Instead, we claim that there are perfectly ordinary initial causes of such dream reports that, together with social conventions, determine the confabulated dream content – in this example, the initial cause could simply be a ‘trace’ memory of inadvertently striking one’s spouse whilst ‘tossing and turning’ during sleep that, together with a dream culture in which we expect dreams to include shocking actions and social conventions about what sort of dream that individual might have, then supply the content, viz., of violently stabbing one’s spouse. So, beyond improving talking therapies, the Cultural-Social Model – if it gains ground – would constitute a radical paradigm shift concerning how most of us think about dreams.

SS: What are your future plans with this project?

LM & TS: Our immediate goal is to theoretically develop the Cultural-Social Model to a point where it will inform therapeutic treatment of sleep-disturbances. Of particular importance will be to explain how social and cultural factors can determine dream content in a way that is attentive to, and consistent with, our best empirical understanding of dreams – indeed, Tom has already taken the first steps towards doing this with a paper, ‘Dreaming, Phenomenal Character, and Acquaintance’ appearing in 2018! (forthcoming in Raleigh (ed.) Acquaintance, OUP 2018).

We’re also in the early stages of designing two case studies: one that tests the model’s therapeutic efficacy in treating trauma clients, and one that involves clients’ who do not have trauma-related symptoms but who are nevertheless experiencing sleep disturbances. If these studies prove fruitful, then we are optimistic that the model could also inform therapeutic treatment of people who are in some way affected by hallucination-related symptoms.

Louise Moody will be talking about this project at PERFECT 2018, our confabulation workshop, in May 2018. You can find out more, and register, here.
Posted by Sophie Stammers at 08:00