In this post, I offer my take on what the project has achieved in the last year and tell you about my plans for the next twelve months. On the next four Tuesdays the rest of the team will do the same.

PERFECT has been incredibly active and at the top of its capacity in the past year, with three post-docs and two PhD students all working full time. Andrea Polonioli (picture below), who is leaving the project, continued Ema Sullivan-Bissett's work on belief, and focused on biased cognition and confabulation, examining also some interesting methodological issues that apply to philosophical investigation. He also worked really hard on improving the blog and our social media presence. 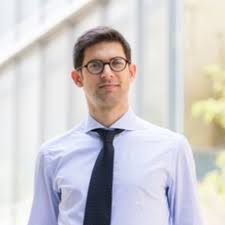 Magdalena Antrobus (picture below), who is also leaving the project, completed her PhD dissertation on the psychological and epistemic benefits of depression. As well as preparing several articles for publication on her own research, she co-authored with me a paper on depressive delusions.

We are extremely grateful to Andrea and Magdalena for their work on the project and hope they will continue to be involved in our activities as much as their new busy schedules will allow them to do. A special thanks goes to Magdalena for designing our beautiful project logo:

My time has been divided between pursuing an investigation of the optimism bias and examining different forms of confabulatory explanation. With Anneli Jefferson and Bojana Kuzmanovic I published a paper on the nature of the optimism bias which is one of the most read papers in Consciousness & Cognition, and further outputs in that area are forthcoming.

With Ema Sullivan-Bissett, I co-edited a special issue entitled False but Useful Beliefs for Philosophical Explorations, containing a short introduction by us and eight original articles, all open access. I also continued working on memory and delusions.

I am planning a short book on delusions as beliefs for Palgrave Pivot with contributions by network members Rachel Upthegrove, Philip Corlett, and Richard Bentall. I am also writing a paper on the epistemic innocence of memory mechanisms with Kathy Puddifoot, and a paper on doxastic irrationality with Andrea Polonioli and Sophie Stammers.

This year I want to think more about confabulation and try to understand the phenomenon of choice blindness which seems to be very relevant to our project themes.

The project has really made waves on impact and outreach in the last twelve months and Kathy Puddifoot and Sophie Stammers will update you about their collaborations with the Mental Health Foundations and Mind in Camden.

We also run a successful Arts & Science Festival event on perceptions of climate change in March 2017 and a mini-workshop on affect and cognition with network members Matthew Broome and Maura Tumulty in June 2017.

My work on delusions and optimism bias appeared at the Hay Festival and in Radical Philosophy and Red Magazine. This year I have got a TEDxBrum talk to look forward to on 15th October. Wish me luck!