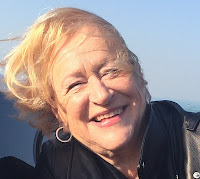 In this post I am pleased to interview Beatrice de Gelder (pictured above), Professor of Social and Affective Neuroscience at Maastricht University in The Netherlands. Her main areas of expertise are visual and audio-visual affective processes related to the perception of faces and bodies as well as auditory affective signals. She has extensive experience in designing and executing behavioral, functional and anatomical imaging studies, both in healthy and diseased populations, and has participated in funded research involving populations from diverse cultural backgrounds.

Her current research focuses on face and body recognition and, recently, the neuroscience of art. She is currently serving as Editor in Chief of Frontiers in Emotion Science and Associate Editor for Frontiers in Psychopathology. In 2012, she was awarded an advanced European Research Council (ERC) scientific grant for the study of cultural differences in emotional body expression. In addition to Maastricht University, she holds appointments at the University of Cape Town, South Africa, and University College London (UCL). Her book on “Emotions and the Body” has recently been published by Oxford University Press.

AP:  What scientific concept used in Emotion Science do you think ought to be more widely known? Which one do you think is instead ready for retirement?

BDG: Emotion science is a peculiar field. On the one hand, the research methodology has dramatically changed over the last 50 years, many would say even over the last 10 years, because of most impressive technological developments and revolutionary methods they sustain. On the other hand, one does get he impression that decade after decade, again and again the same questions are raised and the same answers are debated in very much the same way. Somehow researchers cannot let go of the classical framework in which questions about emotions are raised. And this is very much a standard mentalist framework in which emotions are defined by the intersection between subjective experience, introspection, action, intention, belief, consciousness, agency, free will.

What keeps this mixture together is of course language. Language is the most potent of all illusionists, forever reinforcing the notion that what we can talk about exists out there. This is what perpetuates the debate on basic emotions. Emotion science does not manage to put this illusion aside and forever goes on a treasure hunt searching with every new technology that comes around, for the objective markers of emotions in the brain. So, it is not just one concept that is ready for retirement, or one that we need more or less of, it is a whole vista.

People who reject the notion of basic emotions just as those constructing a more complex (multistage, multilevel) link between brain reality of motivational-affective states of the organism and common sense/everyday basic emotion language still continue to define their position by reference to that framework. And as a consequence many philosophers work on solutions that would somehow provide a bridge between the scientific findings (no evidence for basic emotions vs. evidence for basic emotions) and phenomenal reality. That leads us to the schizophrenic picture of on the one hand traditional behaviorism (human and animal) and on the other, a traditional picture of human mental live, with not much else that a big question mark linking the two. And right into the kind of compromise solution offered by higher order theories.

AP: What do you consider to be a particularly promising technology for future scientific research on emotion?

BDG: Fortunately there is a growing consensus that affective and cognitive scientists should be striving for more naturalism. One should not misunderstand this as a desire to replace still images with video, to show faces together with their context etc. Much more is needed than enriching the stimuli used in experiments. There have recently been arguments for more and new studies on behavior. But what is at stake again is not more studies of behavior, where behavior is understood as it is traditionally in the behaviorist tradition (which indeed leads us immediately back to the behaviorism-mentalism debacle and all its faux solutions). We need to develop a concept of behavior and tools for studying it that are akin to the approach used by ethologists and antropologists. We currently do not have much in terms of scientific methods for studying complex behaviors. I argue that virtual reality in this context offers unique opportunities (for more see de Gelder 2017). 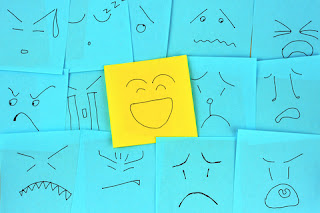 AP: A number of philosophers have tried to contribute to research on emotion. For instance, Paul Griffiths has argued that the concept “emotion” does not correspond to a genuine natural kind. More recently, Richard Brown has collaborated with neuroscientist Joseph Ledoux in trying to integrate theories of emotion and emerging theories of consciousness in cognitive science. Do you think that philosophers can contribute to progress in Emotion Science? And if so, how?

Indeed, philosophers have been very engaged in the debates about emotion and more generally, in all the concepts that together define the spider web in which emotion science is caught. There seem to be (at least, I simplify!) two kinds of philosophers and I am inclined to argue that philosophers can contribute in two ways at least. One is to forever go on debunking illusory mentalism, in the style of Ryle, Dennett and others. The other is to engage in hard core philosophy of science and to scrutinize from close by emotion science at work. To begin with, not taking the language of science at its face value, but looking for the underlying concepts that do the work in scientific methods and experiments, for example in the style of Griffiths. But there is not much of that work around. Neither should be going along uncritically and encouraging on occasion scientists to hunt for the neural correlates of common sense concepts a bit too enthusiastically.

AP: How is your position different from that of basic emotion theorists, who have long characterized basic emotions as solutions to evolutionary problems?

I don’t believe that emotion science needs basic emotions. Emotion science also needs to take a stand rejecting these because the latter risks to walk on wobbly bridges, and higher order theories are castles in the sky. Certainly, there is a link between evolution of our brain and emotion. It does not need to be the view that evolution organized the brain’s resources into a set of basic emotions. If anything, the brain evolved for sustaining the organism in dealing with the natural environments. If we want to understand the brain/mind, we need to study behavior. We don’t yet know very well how to do that, as the legacy of behaviorism and its ill suited response, i.e. mentalism, are so strong still that up till now they obscure the perspective for a behavior based science of emotion.

Let me make a very risky comparison. In his popular book, Everybody lies (2017), the author develops many examples of what we may learn from big data approaches and would not have guessed otherwise. One overwhelming fact stands out, people report one thing (verbally, in questionnaires and surveys) and their search behavior reveals a very different reality. Still, we are not yet in the realms of behavior. Just like overt attitudes differ from covert ones revealed in searches, searches do not predicate behavior. Internet search behavior hardly qualifies as such. Luckily only a few of the people researching how to make a bomb do actually throw one.

But imagine that in the not so far future, all our behavior is fully recorded in the context in which it occurs, 24/24hrs. This would then be the immense data basis on which one could work to develop and test affective behavior theories. I am leaving aside whether or not this is desirable, how issues of privacy and ethics need to be dealt with, just to highlight here what a genuinely behavior based emotion theory would look like. As a matter of fact, this would lead to a reversal of the traditional picture whereby we focus on the brain to understand behavior. From an evolutionary standpoint (and which other one is there?) it makes more sense to reverse the question and to focus on understanding behavior in order to understand the brain.

My position is different from that of basic emotions but also different from the arguments used to reject it. Indeed, the arguments against basic emotion as we find them in various versions of constructivist theories are equally problematic. Rejecting basic emotions typically leads to a kind of conceptual relativism. Very broadly speaking, the constructivist positions amount to arguing that you can have the experience because you have the word for it. I grant that there are much more sophisticated versions of this constructivism around now than in Sapir’s time, but the view about subjective experience remains that basically you don't have it if you do not master the word for it.

One problem is that this only works for the thin top layer of conscious emotion life and has little connection with actual behavior. In other words, it may determine how I verbalize my experience but not what I do or experience my actions. It is revealing that the constructivist perspective is often clarified using an analogy with wine tasting. Knowing which is what on a Meursault tasting provides me a memory tag for that specific experience. I could have developed the same skill for fine-grained discriminations using a digit code instead of names of wine villages, producers and years.

Now there is a difference between tagging my wine tasting experience and putting words to my affective experience. The memory tags to refer to wine experiences have no meaning, they are just labels but emotion words do carry rich semantics that do a lot of heavy lifting in everyday language. Constructivism needs this semantics and cannot get away from the job of clarifying the relation between language and basic emotions. It seems that both are condemned to each other. A differrent approach is therefore needed, one that steps outside the old antagonisms of basic vs. constructed.