I am Tom Davies, a PhD student at the University of Birmingham, and my own research broadly concerns the metaphysics of mental causation. I assisted in the Head-to-Head public-engagement event this year. 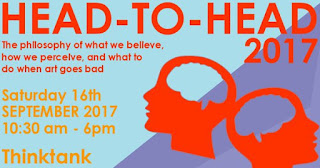 Head-to-Head aimed to bring together philosophers and members of the public, for a series of accessible talks across three sessions. Primarily organised by Ema Sullivan-Bissett (University of Birmingham) and Alisa Mandrigin (University of Stirling), Head-to-Head was made possible by a British Academy grant, through the Early Career Mind Network.

The sessions followed a standard format; three talks in each, structured around a specific theme, before opening up to questions from the audience. The theme of the first session was “Making Sense of Our Senses”. Louise Richardson (York) kicked things off with an introduction to the contemporary scientific work on the senses, and the thought that this work might suggest there are more than the five “traditional” senses. Louise offered some reasons to be sceptical of this suggestion. This was followed by a talk from Alisa Mandrigin on interaction between senses, and a consequent challenge to the standard view of sensory perception. The first session was capped off by Laura Gow (Warwick), who introduced the audience to the debate around colour objectivity, before offering some novel thoughts on that debate. These talks were interesting and engaging for the audience of laypeople and philosophers alike.


The second session centred around art and ethics. Eileen John (Warwick), began with a presentation addressing immoral content in artworks, and how this content might affect the value of a given work. Maarten Steenhagen (Cambridge) continued in a similar vein, considering the upcoming HBO series “Confederate” and offering ethical-aesthetic concerns, and critique. Following this, Peter Lamarque (York) offered a discussion of those general features and values which are found in, or which ought to be found in, the classical literary canon. The public audience was notably (and perhaps unsurprisingly) lively in the Q&A, not only asking clarificatory questions, but engaging with the moral-artistic claims of all three philosophers. 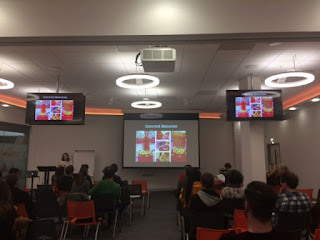 The last session “Believing Badly” addressed issues around memory, delusion and, of course, belief. Kathy Puddifoot (Birmingham) offered an empirically supported account of how certain cognitive mechanisms responsible for faulty or confabulated memory generation might also, in fact, be vital in the production of true beliefs. Sam Wilkinson (Edinburgh), in the second talk, provided an accessible introduction to the Bayesian model of the brain, before applying this theoretic understanding to cases of delusional patients, and delusional belief formation. The final (and undoubtedly best-named) talk of the day, was Anna Ichino’s (Antwerp/Bar Ilan) “Wise Pens, Evil Cardigans, and Other Strange Things”. Ichino suggested a revision of the conventional understanding of superstitious action, moving away from a belief-motivational account, towards an understanding where superstitious thinking involves actions aimed at fulfilling genuine desires in imaginative ways. These talks were just as informative vis-a-vis the philosophical state of the art as those of previous sessions, and the audience continued to engage through a long and active Q&A. 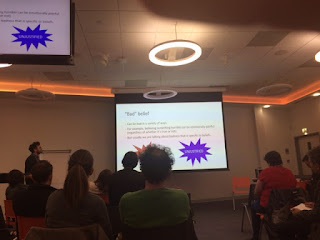 Overall, the event was a clear success in terms of public engagement, with talks which managed to inform, without patronising or alienating. All that remains is to offer my own thanks to Ema and Alisa, without whom this event would have not occurred, and to all the speakers who offered such engaging and thought-provoking talks throughout the day. 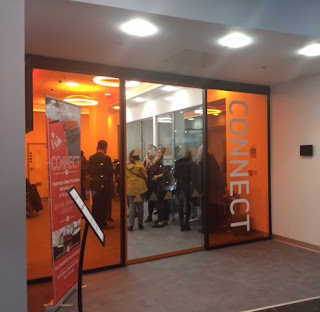