This post is by Tomasz Kwarciński, reporting from the sixth conference of the European Network for the Philosophy of the Social Sciences (ENPOSS) which took place from 20th-22nd of September at Cracow University of Economics (CUE). 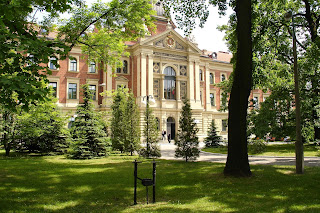 The event was co-organized by the Department of Philosophy CUE and the Copernicus Center for Interdisciplinary Studies, with support of the Polish Philosophy of Economics Network. Three days of the conference were divided between keynote lectures, parallel sessions, and books symposia (a novelty in the ENPOSS conferences). The conference was preceded by the Polish Philosophy of Economics Network’s symposium. Two of the keynote talks were recorded and can be watched by clicking on the links in this post.

The ENPOSS conference was officially inaugurated by Daniel Hausman’s speech (University of Wisconsin-Madison) “Social Scientific Naturalism Revisited”, during which he posed the fundamental question of whether the social sciences differ from the natural sciences in a way that the natural sciences do not differ from one another. He focused on economics and pointed out nine features which distinguish economics from natural sciences: a specific subject matter (human being), a character of an economic generalization (not universal), reflexivity (e.g. an object of economics can be influenced by what economists say about it), the fact that explanatory concepts of economics (preferences and believes) are subjective, intentional, and not directly observable, the importance of rationality in economics, and the possibility to influence economic findings by social norms and ideology. 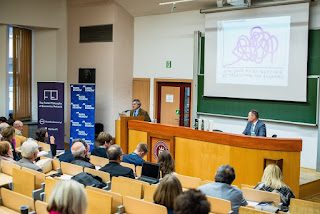 The first parallel session on the first day addressed well-being issues, and problems of its measurement and interpersonal comparisons. The second session included issues such as production of scientific knowledge, relationships between social science and philosophy of action, and values in science. The first day of the conference was concluded by the book symposium devoted to Daniel Little’s (University of Michigan-Dearborn) “New Directions in the Philosophy of Social Science”. The author and panelists Gianluca Manzo (GEMASS & University of Paris-Sorbonne), and Federica Russo (University of Amsterdam) lead a discussion on the topics that Little addresses in the book.


The key speech on the second day was titled “Are social scientists experts on values?” and delivered by Anna Alexandrova (University of Cambridge). She offered an argument from measurement, claiming that in some limited sense social scientists can be regarded not only as experts on facts but also as experts on values.
Two out of four parallel sessions the following day were dedicated to a joint action, team reasoning and collective responsibility issues. The other two sessions were devoted to the possibility of unified philosophy of economics, ontology and methodology of social sciences. The second day of the conference was concluded by an evening book symposium. The book discussed was “Explanatory Pluralism” by Chrysostomos Mantzavinos (University of Athens). The author, Jaakko Kuorikoski (University of Helsinki), and Erik Weber (Ghent University) delivered valuable comments about this book. 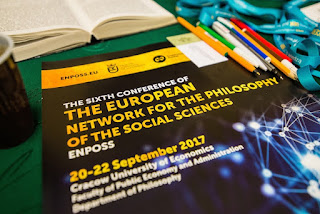 An invited talk “The Architecture of the Legal Mind”, delivered by Bartosz Brożek (Jagiellonian University), concerned different ways of legal thinking. Brożek briefly introduced three mechanism behind the legal thinking, such as intuition, imagination, and reason. Next, he claimed that interplay between them is a necessary condition to make legal thinking possible. One of the consequences of  such view is, according to Brożek, the possibility of explaining the persistence of incompatible theories of legal thinking.

The sessions on the last day of the conference covered a variety of topics, from metaphysics of causation and agent-based model through the problem of objectivity and measurement of social norms, to misrecognitive discrimination and the problem of interpretation in social sciences. The conference ended with the discussion on Łukasz Hardt’s (University of Warsaw) latest book “Economics Without Laws. Towards a New Philosophy of Economics”. There was an introduction by the author, and then comments by Paweł Kawalec (Catholic University of Lublin), and Jesús Zamora-Bonilla (UNED, Madrid).

The conference program ended with a unique piano concert by Catherine Kautsky. 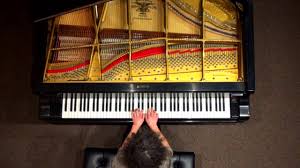