In this post Alex Miller Tate (AMT) interviews John Sutton (JS), pictured below, about his views on a number of research topics, many of which were explored at the Distributed Cognitive Ecologies of Collaborative Embodied Skill workshop. 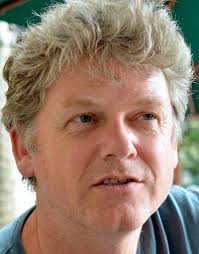 AMT: Hello John, and thank you very much for agreeing to be interviewed for the Imperfect Cognitions blog! Let’s start with quite a general question: could you please clarify for some of our readers the different research areas that came together at your workshop?

JS: Sure! The workshop investigated the intersection of three broad research topics that have interested myself and others for some time. The first is the notion of Collaborative or Joint Action, the second is the Psychology and Philosophy of Skill, and the third is the Embodied and Distributed Cognition paradigm.

Lab studies of Joint Action have tended to focus on various kinds of synchrony amongst actors – such as situations where two people who have just met up will walk off ‘in step’ with each other, having previously been walking out of synch with each other, or where two or more people’s eye-gaze falls upon the same object relevant to the achievement of some collaborative task. On this topic, we have evidence both that joint motives enhance certain kinds of bodily synchrony, and that bodily synchrony promotes the achievement of jointly held goals.

But many cases of intuitively joint action – or, perhaps better, collaborative action – necessarily involve non-synchronous behaviour in the achievement of some jointly held goal. Examples include members of sports teams and bands. Individual actions, in these cases, ideally complement each other, so that the group may achieve some collective end, but they may not be at all alike – a bass guitar player’s movements will be nothing like a trombonist’s, even (perhaps especially) when they are collaborating to produce, say, some improvised jazz.

In such cases, it seems like individuals are exercising skills collaboratively, but non-synchronously. But the skill literature is generally quite individualistic. While we have much discussion of the relative merits of automatic vs cognitively controlled accounts of skill and expert action, we have little insight into how collaboration in the realm of skill works, or how the need to collaborate may affect the deployment or acquisition of individual skill, or even how skills may be rightly attributed to joint agents (plausible cases include phenomena such as swarm intelligence).

Finally, we were interested in investigating at this workshop how features of our natural and social environments may act as cues or supports to our collaborative activities, or to our acquisition or deployment of skills in collaborative contexts. This is where the notions of embodied and distributed cognition enter into the picture.

AMT: I imagine many of our readers might be thinking about the connection between the substantial literature on Collective Intentionality, and some of the topics you have discussed above. Do you think that they are interestingly connected?

JS: I suspect that paradigm cases of Collective Intentionality (CI), discussed primarily in the world of analytic philosophy, and paradigm cases of Joint Action (JA), may be aspects of the same phenomenon. They certainly share many features, and many cases of the latter intuitively depend on basic cases of the former; some sort of shared goal for instance. But they do have some obvious differences too. Not only do some paradigm cases of CI tend toward something more like synchrony (in belief, attention, and so on) than non-synchronous complementarity of behaviour and intention, they also tend to discuss phenomena that are introspectively, or at least interpersonally, accessible. That is, they refer to kinds of joint behaviour that are relatively articulable. The Joint Action literature often concerns itself with relatively small, complementary, and non-articulable adjustments to behaviour in response to that of another (though some cases probably allow for significantly more articulability than theorists like Hubert Dreyfus might want to allow).

Resolving the question of the kind and limit of connection between these topics is likely to require talking about the interaction between automaticity and explicit cognitive control in skill more generally, as this clearly has ramifications for degrees of articulability in different forms of active coordination. We don’t want to end up in a position where we ascribe too much explicit control to humans, where computationally expensive, representation-heavy, and biologically questionable models dominate our theorising.

But neither do we wish to describe agents as if they were more plant than human. We should look for a continuous and complex ‘meshing’ of cognition and automaticity in Joint Action. In this respect, we can learn a lot from Distributed Cognition. This paradigm shows us how features of our social and natural environments can allow for the human brain to adopt relatively computationally frugal solutions to problems (including, it seems likely, problems of coordination in Joint Action). Moreover, we will learn a lot about these issues by examining cases where expertise and fluidity in Collaborative Action break down. 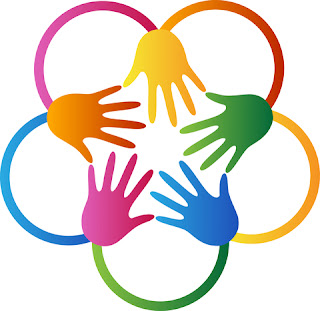 AMT: How does your understanding of Distributed Cognition relate to notions of The Extended Mind?

JS: I am not primarily concerned with defending strong metaphysical claims about The Extended Mind (though this is not to disagree with them, necessarily). There are a couple of reasons for this. The first is that much discussion of The Extended Mind, at least in its canonical formulation by Andy Clark and David Chalmers, tends to prioritise similarity between external and internal mental resources or functions, in order to argue that many such things are of a (cognitive) kind, metaphysically speaking.

I am more interested in cases where external resources complement the internal neural resources, and where such external resources developed and were deliberately shaped together for us as agents to become better adapted for everyday cognition. Many such cognitive scaffolds bear no resemblance to internal cognitive resources, either structurally or functionally, but nevertheless play an important role in ordinary mental life. Focus on functional similarity risks ignoring certain indispensable contributions to everyday cognition (specifically, those that depend on or are transformed by the environment performing functions that the brain does or cannot perform). In this respect, Kim Sterelny’s account of the scaffolded mind is usefully compatible with my interpretation of Clark.

The second reason is that while Extended Mind theorists tend to be more interested in cognitive ontology (where is the mind, what can count as a part of it, and so on), I am more interested in studying how human beings actually think, solve day-to-day problems, and control action. In doing this, I make the bet that many different kinds of environmental resources will be indispensable to our explanations. I further suspect, in Quinean fashion, that modelling such distributed cognition well, might give us our ontology ‘for free’.

AMT: One final question. Do you see any interesting points of convergence, or opportunities for collaboration, between those of us working on these non-traditional, explicitly social, projects in Cognitive Science, and those working on critical projects in Social and Political Philosophy?

JS: I think the answer to that is ‘yes’. Cognitive Science that is sensitive to the social context of cognition cannot be blind to issues of social and political injustice for long, as it would mean avoiding important context that may be affecting everyday human cognition. Moreover, it would be irresponsible not to take stock of the moral, social, and political consequences of de-centering individual brains in Cognitive Science.

In many ways, these sorts of projects involve the re-negotiation of scientific and philosophical boundaries, and these boundaries can often be as much ideological as they are academic and theoretical. James Williams has a critique of Andy Clark’s Extended Mind model that takes it up on exactly this kind of theoretical blindspot - a failure to recognise the potential harm of uninterrogated social and political assumptions built into the theory. He favourably contrasts Sterelny’s work in this respect.

My view is not only that the thesis of Extended Mind or Distributed Cognition, when rightly interpreted, does have the resources to address these issues effectively. I think, further, that its focus on the incompleteness of our individual cognitive capacities, and on the ways we are intrinsically interdependent with artefacts and with other people in complex cognitive ecologies, actually offers more promising insights into our psychological vulnerability and resilience than any other approach in the philosophy of mind and cognition.

More generally, I think adopting a critical edge will help the development of both a sound and conscionable Cognitive Science, and progressive work in Social and Political Philosophy clearly has something to add here. Going further, there are similar moral as well as academic benefits to be had from interdisciplinarity, especially between Cognitive Science and the Humanities/Social Sciences. They offer us both a critical edge and very rich case studies. Better yet, these disciplines are fascinated by Distributed Cognition, and we have much to offer them theoretically, as well as vice versa.