When is a Cognitive System Immune to Delusions?

Today's post is by Chenwei Nie who is a PhD student at the Department of Philosophy, University of Warwick. His research focuses on philosophical issues related to beliefs and delusions. You can read his previous work here. 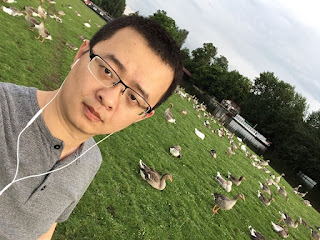 (1) when the anomalous experiences are so abnormal that even normal cognitive processes are not able to account for them;

(2) when the cognitive processes are so impaired that they cannot even account for normal experiences.

To illustrate how delusions might arise in this scenario, let us imagine that Jane lives in a world in which no one has the sensation of colour and there are no colour concepts and words. One day, Jane somehow has a faint sensation of colour. She looks at the red wall and notices that something is different. But, without the help of any colour concepts and words, Jane is not able to know that it is the red colour that causes the difference.

Suppose redness makes Jane feel passionate and aggressive as she feels when she listens to rock music. Without a better explanation, she hence believes that the wall secretly plays rock music to her. Likewise, Jane believes that her husband with golden hair, pink skin, and blue eyes is an imposter. In her world, Jane may be diagnosed with play-rock-music-wall delusion and Capgras delusion, though she has a normal cognitive ability.

[I]t is extremely difficult to describe such changes in words because matters are dealt with which lack all analogies in human experience and which I appreciated directly only in part with my mind’s eye, in part only by their effects, so that I may have formed but an approximate picture. (Schreber, 2000, p. 120-121)