No need to know 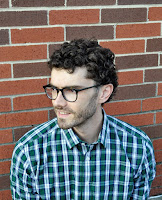 Matthew Frise is a Lecturer at Santa Clara University. He writes on memory in epistemology and the philosophy of mind. In this post he discusses his paper "No Need to Know" published in Philosophical Studies in 2017.

Knowing isn’t always best. It’s never best, actually. Something that’s not quite knowledge can be just as great. And folks think knowledge is great. In fact, some philosophers think it’s so great that we should focus on explaining other great things in terms of it. Some even think knowledge isn’t just valuable, but uniquely valuable. Nothing else has its value. Knowledge, after all, closes inquiry. Once we get it, our investigation wraps up. Also, we seem to prefer knowing over any kind of not knowing. Doesn’t that all show knowledge is special?

Here is why being in a position to know is as good as knowing: belief is fiddly, and memory is a rascal. Human memory works in surprising ways, partly having to do with belief. It turns out we don’t always believe what we would have thought we believe. This is because memory isn’t hanging on to the beliefs you form, or to all that believing requires. Instead it’s hanging on to a blueprint for belief. It’ll use the blueprint and crank out a belief whenever one is ordered. In the meantime, memory’s shelves are empty of beliefs.

Another surprise about memory: it likes to hang on to and even piece together information we never actually believed, but would believe, if we only gave it a moment’s thought.

Whatever we don’t believe, we don’t know. Since memory doesn’t stock beliefs, it doesn’t stock much of the knowledge we once had. Then again, memory can put us within spitting distance of new knowledge, knowledge we never thought we had. So there’s a lot we don’t know, but only thanks to bitty technicalities about how memory happens to work. Still, memory puts us in a position to know quite a bit.

And that’s great – great in the way that knowing is great. We can stop inquiring, once we’re in a position to know. We wouldn’t always find reason to trade places with someone who knows whatever we’re just in a position to know. It’s odd to suppose that, merely forming belief here – going from a position to know, to knowing – would always drive up value. Better to suppose the value doesn’t always change, to suppose something besides knowledge can have the value we thought belonged to it alone. The value of knowledge isn’t unique. Knowing is still great, but there’s no need to know. That’s surprising. But so is memory.

Posted by Lisa Bortolotti at 17:05