Today's post is provided by Robin Zheng. In this post she introduces her paper "Bias, Structure and Injustice: A reply to Haslangar", published in Feminist Philosophical Quarterly. Robin Zheng is an Assistant Professor of Philosophy at Yale-NUS College. Her research focuses on issues of moral responsibility and structural injustice, along with other topics in ethics, moral psychology, feminist and social philosophy, and philosophy of race.

Some of her other works on topics related to this post include “Attributability, Accountability, and Implicit Bias” in Implicit Bias and Philosophy: Volume 2 (eds. Michael Brownstein and Jennifer Saul), “A Job for Philosophers: Causality, Responsibility, and Explaining Social Inequality” in Dialogue: Canadian Philosophical Review, and “What is My Role in Changing the System? A New Model of Responsibility for Structural Injustice” (forthcoming in Ethical Theory and Moral Practice). For more information, visit her website here. 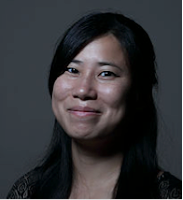 In her 2015 “Social Structure, Narrative, and Explanation,” Sally Haslanger raises a highly influential critique of the philosophical literature on implicit bias. Her target is a kind of explanatory and normative individualism: she argues that implicit bias is neither necessary nor sufficient for explaining ongoing injustice; and that it wrongly locates the badness of injustice in individuals rather than social structures.

She demonstrates this with several examples in which inequalities arise even when it is stipulated that no one has racist, sexist, or inegalitarian attitudes of any kind: a husband and wife whose decision to make her the primary caregiver (because only she receives parental leave) results in unequal incomes, a teacher whose fair disciplining of a Black student leads him and his non-White friends (because they have experienced long patterns of racism) to disengage and perform badly in her classroom, and a worker who loses his job due to the city’s cancelling (because they are strapped for cash) his bus route to work.


One of things I do in my paper is defend a certain kind of normative individualism by arguing that we need a theory of individual responsibility in order to hold particular persons accountable for the day-to-day work of collectively organizing to transform social structures. For example, if a political ally of mine makes an implicitly biased remark, I face the immediate problem of how to feel and respond to that particular person – should I call them out? Should I modify my beliefs or attitudes toward them? Should I continue working with them? A theory of individual responsibility can offer me some guidance in answering these live, practical questions in ways that a structural theory might not.

Agents occupy different positions in the field according to how much and what sorts of capital (i.e., social, material, and cultural resources) they possess. Over time, an agent will acquire a “habitus” from the field, which Bourdieu describes as “schemes of perception, thought and action [that] tend to guarantee the ‘correctness’ of practices and their constancy over time.” There is a kind of mutually reinforcing fit between field and habitus; and while habitus is “deposited” in agents by a field, that field persists only insofar as people remain invested in acting in accordance with its rules. According to Bourdieu:

Social reality exists, so to speak, twice, in things and in minds, in fields and in habitus, outside and inside of agents. And when habitus encounters a social world of which it is the product, it is like a “fish in water”: it does not feel the weight of the water, and it takes the world about itself for granted. . . . It is because this world has produced me, because it has produced the categories of thought that I apply to it, that it appears to me as self-evident.


This seems to me like a wonderfully apt description of implicit social cognition. In other words, implicit biases are not ordinary “attitudes.” They are the thing in our heads that “fits” us in to social structures – that lock us into forms of behavior which sustain those structures over time, because they are themselves a species of micro-level social structure that interlocks with the macro-level field.

As Omar Lizardo puts it:

The habitus is itself an objective structure albeit one located at a different ontological level and subject to different laws of functioning than the more traditional ‘structure’ represented by the field.


This is what it means for social reality to exist “twice.”

The upshot, I argue, is that part of the work of structural transformation begins from the inside out, with the construction of new habituses (i.e. new social structures) that serve to challenge existing injustice. Those of us committed to working together in the long run for a radical transformation will need practices of self-reflexive criticism and constant inspection – our “habit-busting habits” – to become second nature.

That is, we will need to develop “radical habitus” or “habitus of resistance” (Clarke 2000) alongside anti-oppressive fields that cultivate them. Becoming aware of our own implicit biases and putting measures in place to block them, I believe, is an important part of this process.