Mind Reading is the yearly conference of the collaboration between UCD Child & Adolescent Psychiatry, researchers at the University ofBirmingham, and the Diseases of Modern Life and Constructing Scientific Communities Projects at St Anne's College, Oxford.

Organised by Elizabeth Barrett (Consultant in Liaison Child and Adolescent Psychiatry at Children’s University Hospital) and Melissa Dickson (Lecturer in Victorian Literature at the University of Birmingham) the conference, and project more generally, focuses on two simple questions: Do doctors and patients speak the same language, and how can we use literature to bridge the evident gaps? In what follows, I summarise just some of the talks and workshop sessions. 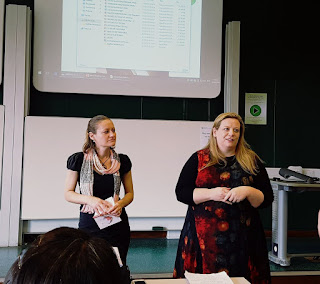 How do cultural norms and expectations shape diagnosis and the experience of illness? Melissa Dickson showed us that, in 19th Century Britain, there were multiple literary and medical accounts of a psychosis-like state brought about by…green tea. It was an unfamiliar substance from a culture about which many British people were suspicious, and which, unlike black tea, did not arrive through an established colonial trade route. Following this, and other examples (my all-time favourite being “bicycle face”) we were encouraged to think about how contemporary cultural expectations might shape experiences and clinical practices around different illnesses. 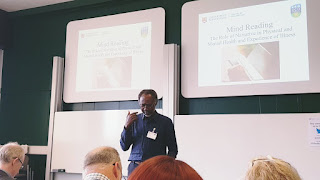 Femi Oyebode explored the concept of shame in theatre and drama, and encouraged us to reimagine one-dimensional readings of famously “mad” characters. Femi spoke of shame as a relational, transactional emotion, that occurs between individuals, and acts to regulate social behaviour. Shame plays a prominent role in the experience of illness, but is relatively understudied or considered by clinicians.

Dramatic depictions of characters typically thought of as exemplifying traits of madness in their performance of awful acts, can be more deeply understood when we consider the ways in which they are driven by shame and external pressures placed upon them by their social environment. Indeed, Femi suggested that the drama of our lives simply would not work if we were not acutely afraid of being exposed to others. 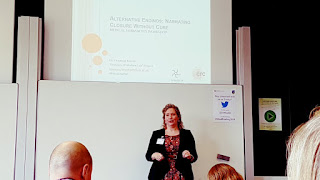 In her workshop session, Hosanna Krienke spoke about how language often precedes, and shapes, experiences of illness. As such, studying historical literary representations of illness gives us an insight into past experiences, allowing us to compare these with contemporary narratives of illness.

Krienke drew our attention to the emphasis on experiences of convalescence in Victorian literature, that place between treatment and cure, often dwelled in at length, and encouraged us to think of the import of this notion to contemporary culture. In the workshop element, we developed our own metaphors for illuminating aspects of illness that we thought current commonly used metaphors failed to capture. 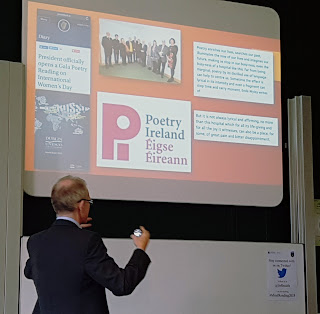 Chris Fitzpatrick spoke of what clinicians (particularly obstetricians) can learn from writers such as Plath and some of the other artists who documented the emotional and psychological dimensions of womanhood before their time. Plath died tragically young, and Chris drew our attention to Plath’s eloquent, fierce and visceral account of her life experiences recorded in her diaries, which reveal her struggle with mental health and societal expectations placed upon her woman’s body. For Plath, who left the maternity ward as a “wound walking out of hospital” there was “no miracle crueller than” childbirth.

Chris often incorporates Plath and her contemporaries into medical presentations, suggesting that the richness and depth of these accounts provide an important insight not available from, but complementary to, study of medical journals. Chris has even invited poetry readings and theatre performances at Coombe hospital, where he practices, to be enjoyed by both staff and patients - and to provide a format through which the experiences of each can be better understood to the other. 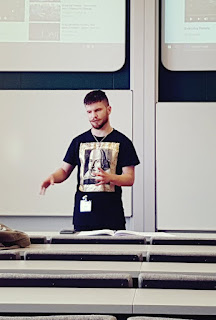 We were also treated to some poetry from the Poet With Punch (aka Matt Windle) – local Birmingham poet, boxer, and proponent of poetry-boxercise (yes, it’s a thing!) for both mental and physical health. Matt was honestly an incredible speaker and performer, not least because this was the end of the day, and he had everyone on the edge of their seats, hanging off his every word. Here’s one of his collaborations with the Royal Mail and youth and mental health organisations, demonstrating that anyone can experience mental health issues, no matter how they appear to other people.

For a little more on what else we got up to at Mind Reading 2018, take a look at this Wakelet compilation of tweets from the conference, and stay up to date on the Mind Reading project by following the project on Twitter.