Monothematic Delusion: A case of innocence from experience

Today’s post is written by Ema Sullivan-Bissett, who is a Lecturer in Philosophy at the University of Birmingham. Here she overviews her paper ‘Monothematic Delusion: A case of innocence from experience'. 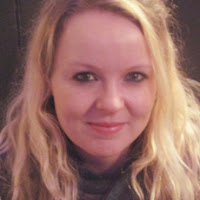 Before taking up my current post as Lecturer in Philosophy, I was a Postdoc on Lisa Bortolotti’s AHRC project on the Epistemic Innocence of Imperfect Cognitions (2013-14). In that year we worked together in developing the notion of epistemic innocence, which we thought could be of use in thinking about the epistemic status of faulty cognitions. We understood a cognition as epistemically innocent when it (1) endows some significant epistemic benefit onto the subject (Epistemic Benefit Condition), which could not otherwise be had, because (2) alternative, less epistemically faulty cognitions are in some sense unavailable to her at that time (No Alternatives Condition).

As part of that project, we wrote two papers in which we put that notion to use in discussion of explanations of actions guided by implicit bias (Sullivan-Bissett 2015) and motivated delusions (Bortolotti 2015). Since then, a lot of work has been published which appeals to this notion, in particular, in discussions of delusions in schizophrenia (Bortolotti 2015), psychedelic states (Letheby 2015), social cognition (Puddifoot 2017), clinical memory distortions (Bortolotti and Sullivan-Bissett forthcoming), and false memory beliefs (Puddifoot and Bortolotti forthcoming).

The way some monothematic delusion meet the Epistemic Benefit condition on epistemic innocence does not distinguish between one- and two-factor empiricism. The epistemic benefits I identify as accruing to monothematic delusions are equally available to one- and two-factor theorists. These are apparent gap-filling and anxiety relief, both of which, I argue, contribute to epistemic functionality.

The difference in the way monothematic delusions warrant an appraisal of epistemic innocence depending on one’s preferred empiricist theory manifests in the way they meet the No Alternatives Condition. I argue that in a one-factor framework monothematic delusions meet this condition since alternative beliefs concerning the anomalous experience are unavailable due to being considered as explanatorily poor, or because they are motivationally unavailable (due to the anxiety relief given by the delusion).

In a two-factor framework, that these delusions meet No Alternatives Condition is easier to make out. This is because two-factor accounts are set up to explain—via a clinically significant reasoning bias or deficit—precisely why a delusion is adopted (or maintained) rather than an epistemically better belief. Matthew Broome says of the various biases two-factor theorists posit that they ‘…would likely act in limiting the amount of data gathered to support an explanation and thus end the search for meaning prior to potentially falsifying information being considered’ (Broome 2004: 37). Whatever the second factor is then, it will do the work of showing that monothematic delusions meet the No Alternatives Condition.