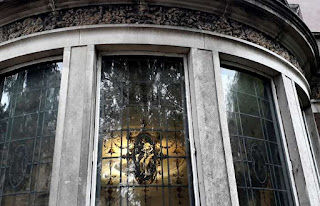 This year’s Minorities and Philosophy (MAP) @ Bristol conference theme was ‘Public Philosophy’. We hosted a number of talks exploring the conceptual and practical issues related to the idea of philosophy as a ‘public’ endeavour. Four current Philosophy PhD students are responsible for organizing the event: Chengxiao Dang, Chia-Hung Huang, Ji-Young Lee, and Denise Vargiu. We would also like to acknowledge Minorities and Philosophy, The Marc Sanders Foundation, and the University of Bristol Philosophy Department for kindly supporting this event.

We commenced our morning session with a talk from Jane Gatley, on justifying philosophy in secondary schools. She discussed how justifying teaching philosophy through the positive benefits associated with the P4C movement risked ‘conflating claims about philosophy with claims about the distinctive P4C pedagogy’. The benefits attached to P4C might have more to do with dialogue and child-centered learning, rather than philosophical content. She also suggested that we need greater justification for bringing philosophy into the secondary education curriculum, and that arguing for philosophy to take up valuable school time would require careful tandem consideration of the aims of secondary education.

Our second speaker, Chia-Hung, explored the question of how academics ought to participate in ‘public philosophy’. Against the more widely held view that philosophy accessible to the general public helps them become ‘better citizens’ and enhance their critical thinking skills, he claimed that exposure to 'public philosophy' tends to be too unstructured and sporadic to be helpful. Instead, it is the civil duty of academically trained philosophers to dispense with their philosophical expertise by way of individual consultations on matters that capture their recipients’ interest. 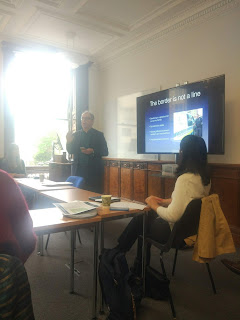 Our afternoon session kicked off with an interactive talk and workshop session on Philosophy Outreach, led by Ashley Dunn and Lucienne Spencer. Ashley and Lucienne both have P4C training and experience in teaching and facilitating philosophy workshops to students of various age groups. In the interactive chunk of the session, audience members were asked to participate in a taster session of sorts: we were asked to engage in dialogical group exercises similar to those that would be used in a typical philosophy workshop. This was followed by the speakers’ personal reflections on teaching philosophy, how they felt it benefited themselves and their students, and aspects of the pedagogy that might be improved. 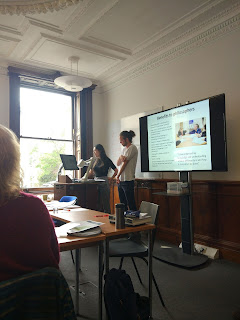 Our final speaker was Grant Bartley, an editor of the popular philosophy magazine Philosophy Now. In his talk, he emphasized that the way academics currently publish and write about philosophy in the analytic, Anglo-American tradition is not necessarily the best way to communicate with the lay public about philosophy. He spoke about how great philosophical ideas may in effect be lost in translation to a non-expert audience. The more abstruse features of academic philosophical writing, such as inaccessible and overly technical jargon, tend to alienate individuals foraying into philosophy. He talked the audience through an overview of suggestions that he finds would help clarify philosophical writing, and the type of prose he would look for in a contribution to a magazine like Philosophy Now. 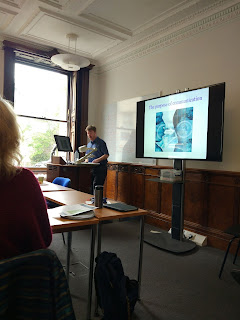 Overall, the MAP@Bristol conference was a fruitful opportunity for philosophers and non-philosophers alike to engage in varied and interesting discussion around public philosophy. To keep up with MAP@Bristol’s activities, you can follow our Facebook page (facebook.com/mapbristol)