This post is by Katrina Sifferd, Professor of Philosophy at Elmhurst College regarding her recent paper ‘Are Psychopaths Legally Insane?’ co-authored with Anneli Jefferson, Leverhulme Early Career Fellow in the Philosophy department at the University of Birmingham. 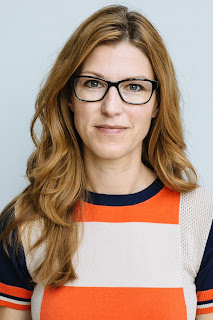 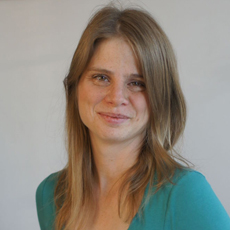 In our recent paper, Anneli Jefferson and I argue that a diagnosis of psychopathy is generally irrelevant to a legal insanity plea. It isn’t clear that psychopathy constitutes a true mental disorder; but even if it is a disorder, tests for legal insanity require that specific mental deficiencies related to a disorder serve to excuse a defendant. Specifically, a successful insanity plea requires that deficits in moral understanding or control are present at the time the defendant commits the criminal act.

The two aspects of psychopathy most likely to impact responsibility are emotional deficits (or a lack of empathy), and problems with impulse control. Some have argued that flattened affect may deny psychopaths an understanding of the moral quality of their actions; and lack of impulse control can obviously result in harmful and illegal behavior. However, recent studies indicate that persons with higher scores on the PCL-R (the diagnostic tool typically used for psychopathy) are heterogeneous both with regard to empathy/affect and impulse control.

The literature often subdivides psychopaths further according to behavioral profiles, hypothesized underlying causes, etc., and the different sub-divisions of psychopaths seem to have very different mental profiles. One division is between primary and secondary psychopathy (Lykken 1996; Newman et al. 2005), and another is the one between successful and unsuccessful psychopaths (Gao and Raine 2010; Ishikawa et al. 2001; Sifferd and Hirstein 2013).

Unsuccessful psychopaths have also been found to have reduced autonomic levels (Hare 1982), and impaired fear conditioning (Birbaumer et al. 2005). However, psychopaths termed “successful” - due to their ability to avoid the criminal justice system - show no reductions in prefrontal or amygdala volume (Yang et al. 2005), and intact or even enhanced autonomic levels (Ishikawa et al. 2001).

Even more interesting is new evidence that psychopaths who do lack empathy may be able to correct for affective deficits precisely because they have intact cognitive control. Jurjako and Malatesti argue that although psychopaths seem to have trouble with cognitive tasks involving emotions, the deficits are highly context dependent (Jurjako and Malatesti 2017). At least some psychopaths with affective deficits may be able to correct for these via attentional control, a hypothesis which is further supported by a study by Glenn et al. (2009) which showed that psychopaths solve moral decision tasks by utilizing different brain areas than controls, including the dorsolateral prefrontal cortex. This may mean that psychopaths are able to access moral knowledge from faculties other than the affective system.

Psychopaths’ ability to correct for affective deficits seems dependent on their capacity for top-down attentional control, which is thought to be a part of the larger cognitive control system. Cognitive scientists often call the components of this system “executive functions,” and include skills such as planning and goal-setting; monitoring of perceptions, emotions, and behavior; inhibition; and task-switching, as well as top-down attention. Recent research indicates that persons diagnosed as psychopaths may have very different executive profiles (Jurjako and Malatesti 2018). Indeed, it seems persons who qualify as psychopaths using the PCL-R can have a wide range of executive functioning.

In the end, we think the group of persons diagnosed with psychopathy using the PCL-R is extremely heterogeneous with regard to the mental capacities necessary to legal responsibility. Because the diagnosis doesn’t reliably indicate deficits in moral understanding or control, psychopathy is not relevant to a claim of legal insanity, though it may indicate the need for further psychological testing.
Posted by Sophie Stammers at 08:00