Today's post is by Huw Green. Green is a psychologist who recently moved back to the UK after finishing a PhD in Clinical Psychology at the Graduate Center of the City University of New York, and a clinical postdoctoral fellowship at the World Trade Center Mental Health Program at Mt Sinai Hospital New York. He is currently full time dad to a toddler and new baby while waiting to become HCPC registered and start clinical work. 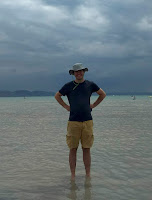 Various scholars have suggested that psychiatric disorders vary across time, especially in terms of their phenomenology. In a recent paper appeared in the Psychiatric Bulletin I offer an account of how this sort of change might come about.

I start with the suggestion that changes in psychiatric terminology through history – and in particular the shift toward more homogenous descriptions of psychotic symptoms in formal documents like the DSM – have had an impact on the very experiences that terminology tries to describe. This is not my suggestion; it is an argument by Ian Hacking, who claims that new diagnostic categories bring new ways of being into existence via “looping effects.”

Briefly, psychiatrists create new categories to describe people, and because people are not indifferent to these (i.e. are aware that they are being labelled as “depressed,” “hysteric” or what have you) they change in response to the categories. This has the further knock on effect of changing the category in response. For Hacking, psychiatry doesn’t only describe people; it changes them in virtue of those descriptions.

Unlike Hacking I think we need further conceptual resources to understand such change. His proposed “looping effects” make intuitive sense for behavior, about which we have (some) choices, but there is seemingly something different about the raw phenomenology of psychiatric disorder.

When people feel depressed or hear voices it can seem that these experiences are just a given; they aren’t a choice. As a result they can seem less apt to be influenced by the way doctors classify and describe them. How could a professional’s description of a class of subjective experiences have an influence on the way they feel for individuals?

I draw on the work of philosopher Eric Schwitzgebel – who has written about the indeterminacy of psychic experience – to plug this theoretical gap. Schwitzgebel has argued that, far more than we habitually think, there is no fact of the matter about what many aspects of our experience are like. If that sounds extraordinary to you then spend a moment reflecting on the question “what do you see when you close your eyes?”

Such experiences are fleeting and difficult to describe. If you had to capture them in a written passage could you do it? Would the resulting passage capture the essence of the images? Is “images” even the right word? Schwitzgebel presents evidence that people may confabulate and rationalize when describing the contents of their immediate experiences. When color televisions started becoming more widespread, for example, people started more frequently to report dreaming in colour.

If conscious experience is indeterminate to some degree, as Schwitzgebel suggests, then asking people questions like "Do you hear the voice inside your head our outside it?" (a distinction that used to be regarded as important in psychiatry) or "Is it a male voice or a female voice?" is apt, in some cases, to introduce more confusion than clarity to our understanding what an experience is like. I am not the first person to point this out. In 1968 the psychoanalyst Roy Schafer suggested that inquiring about psychic phenomena (e.g. the location of a felt mental presence) can alter the nature of such experiences.

Making up symptoms is a name I give to the process whereby looping effects interact with the indeterminacy of our subjective lives. It has potentially significant ramifications for psychiatry. Every time we inquire about the specific form of a vague experience, and every time we defer to official definitions of delusions as "beliefs" or hallucinations as "perception like experiences," we are potentially nudging people toward our definitions rather than nudging our definitions toward them.

If you feel like doing some further reading you can read this essay by Ian Hacking in the London Review of Books for a readable overview of this idea (really a whole programme of research), and also to see from where I stole my title. Then check out Eric Schwitzgebel’s excellent blog post here. If you are unconvinced about the idea that we don’t know as much as we think about our conscious experiences, he makes the argument through examples in his book Perplexities of Consciousness.