This post is by Alex Miller Tate, who works in the philosophy of the cognitive sciences, and is currently completing a PhD at the University of Birmingham. Here, he summarises his paper "Contributory Injustice in Psychiatry" recently published in the Journal of Medical Ethics. 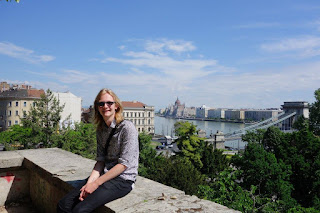 Significant service user involvement in the provision of and decisions surrounding psychiatric care (both for themselves as individuals and in the formation of policy and best practice) is, generally-speaking, officially supported by members of the medical profession (see e.g. Newman et al 2015; Tait & Lester 2005). Service user advocacy organisations and others, however, note that the experience of service users (especially in primary care) is of having their beliefs about, feelings regarding, and perspectives on their conditions ignored or otherwise thoughtlessly invalidated. Some deleterious consequences of this have been noted before, including impoverished clinical knowledge of mental health conditions and worse health outcomes for service users (see e.g. Simpson & House 2002).

Not much attention has been paid to the structure and nature of these practices of exclusion themselves, however, until relatively recently. In the past couple of years there has been a small surge of work from both philosophers and practicing psychiatrists (sometimes in collaboration) identifying various kinds of epistemic injustice experienced by psychiatric service users and evaluating their significance (see e.g. Crichton, Carel & Kidd 2016; Kurs & Grinshpoon 2017; Johnstone & Boyle 2018). Epistemic injustices are those which harm people specifically in their capacity as knowers (Fricker 2007). My article introduces the notion of contributory injustice (due to Dotson 2012 and a lesser-studied sub-type of epistemic injustice) to this evolving field of discussion.

There are at least two ways in which interpretive gaps may lead straightforwardly to epistemic injustice. The first is when a whole society’s pool of shared interpretive resources lacks those required to make sense of (some of) a marginalised group’s day-to-day experiences. In such a case, these experiences remain somehow ephemeral, or otherwise difficult or impossible to properly capture, from the perspective of both the marginalised and the dominant parties alike. This is Fricker’s (2007) notion of hermeneutical injustice. The second (and in my view more common) situation is when a dominant group has an interpretive gap regarding a marginalised group’s experiences, which the marginalised individuals have already identified and overcome within their own community. In such a case, insights that individuals themselves have into their own experiences are ignored and persistently misunderstood by ignorant others. This is Dotson’s (2012) notion of contributory injustice.

In my article, I argue that psychiatric service users, in particular those who hear voices, are regularly subject to contributory injustice when interacting with clinicians. I draw on the work of the Hearing Voices Network (an organisation dedicated to open and welcoming discussion of all perspectives on voice-hearing, centering on those who experience it) to argue that the harm done by this is both significant and readily avoidable. I argue that clinicians are obliged to take seriously the potential therapeutic benefit of service users’ individual, and sometimes unique, perspectives on and explanations of voice-hearing. I suggest that this is especially important where these perspectives and explanations are alien to them, overtly strange, or otherwise contrary to the dominant medical understanding of psychological distress. In so doing, clinicians will begin to treat their service users both more justly and as they actually are; indispensably knowledgeable and equal partners in the search for a helpful resolution of their difficulties, rather than an object of clinical investigation, diagnosis, and intervention.

Alex’s website, where interested parties can keep updated on his current research, and where he hopes to soon begin regularly blogging on a variety of philosophical topics, is here. Those who appreciate silly jokes and the occasional bit of philosophical insight (usually from somebody else) are welcome to follow Alex on twitter.
Posted by Sophie Stammers at 08:00