In this post, Catherine Bortolon, Assistant Professor of Clinical Psychology at University Grenoble Alpes, France, and Stéphane Raffard, Professor of Clinical Psychology at University Paul Valéry, Montpellier, France, discuss their paper “The contribution of optimism and hallucinations to grandiose delusions in individuals with schizophrenia” recently published in Schizophrenia Research. 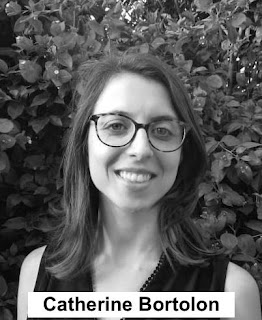 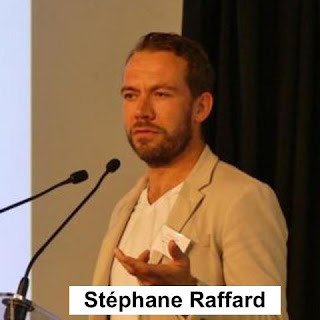 We are interested in the psychological mechanisms that might contribute to psychotic experiences (e.g., delusional ideas) in individuals with and without a mental disorder.

Recently, we become more interested in grandiose ideas (or delusions), which are defined as false beliefs about inflated worth, power, knowledge, identity, and which are firmly held despite evidence of the contrary (APA, 2013). It might include the belief of having a special power such as mind reading, a special identity such as being a king or related to Kurt Cobain, and in terms of knowledge, it can include being a prominent researcher who made significant contributions to the scientific domain.

Grandiose delusions are found in around half of the individuals with a diagnosis of schizophrenia and despite being associated with poor clinical outcome and refusal of medication (Bowers, 2010; Thara & Eaton, 1996); they have received little attention from researchers.

In our paper, my colleagues and I explored the association between grandiose delusions and future expectations in individuals who have received a diagnosis of schizophrenia. We were in particularly interested in positive future expectations also called optimism.

Optimism tends to reflect the extent to which people hold favorable expectancies for their future (Carver and Scheier, 2014). Humans expect positive events in the future even when there is no evidence to support such expectations (Sharot et al., 2011). Although this optimism bias is traditionally considered as adaptive, aberrant optimistic bias has been suggested to contribute to mania symptoms in bipolar disorders, which very often also includes grandiose delusions (Schönfelder and al., 2017).

In the context of this study, we found that optimism regarding the future, together with the experience of hearing voices or seeing things (hallucinations), was associated with grandiose delusions in a sample of 115 participants with a diagnosis of schizophrenia. We postulated that a repetitive style of thinking about future positive expectations in the context of grandiose delusions may help individuals to create an idealized representation of one’s future potential in the face of stress and adversity caused by the disease and previous trauma (Knowless, et al., 2011; Raffard, et al., 2016; Grbic, 2013; Renny, 2016).

In fact, in schizophrenia disorder, hope and the belief that positive events will occur is reduced (partially) due to the stigma associated with schizophrenia (Lysaker et al., 2005; Thornicroft et al., 2009). An abnormal optimism regarding one’s future in individuals with a diagnosis of schizophrenia holding grandiose delusions might represent an initial attempt to cope with stressful situations and maintain a favorable view of oneself, which may later become a rigid belief when other cognitive biases are present (Garety et al., 2012).

That is, we suggest that optimism in the context of grandiose ideas that conflict with reality may participate in the maintenance of these beliefs, and consequently tamper psychological adjustment when individuals are confronted with difficult situations (Carver & Scheier, 2002).

These results are, however, preliminary. We need more information on whether individuals with a diagnosis of schizophrenia holding grandiose delusions indeed present an aberrant optimistic bias (when compared to healthy individuals) and how they use available information (desirable and undesirable) to update their positive future expectations (Kuzmanovic & Rigoux, 2016).

Posted by Sophie Stammers at 15:30