Epistemic Innocence and the Overcritical Juror

In this post, Katherine Puddifoot, Assistant Professor in the Department of Philosophy at Durham University, discusses her paper “Re-evaluating the credibility of eyewitness testimony: the misinformation effect and the overcritical juror,” recently published in Episteme. 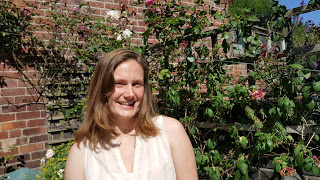 However, in a recent paper, I argue that jurors are susceptible to being overcritical, assigning too little credence to eyewitness testimony, due to the presence of memory errors. How can this be so?

Jurors might adopt a default position of trust towards eyewitness testimony, but they are also prone to assuming that an eyewitness is generally unreliable due to noticing individual errors in their testimony. For example, mock jurors are unlikely to base a judgement of guilt or innocence on testimony containing inconsistencies, even if the inconsistencies relate to trivial information that would not determine guilt or innocence (Hatvany and Strack 1980; Berman and Cutler 1996; Berman et al. 1995).

These individuals infer from the presence of errors in some trivial details to general unreliability of the testimony. My suggestion is that often inferences of this sort will be incorrect: people will make errors in their eyewitness testimony but the errors will not indicate general unreliability, instead being due to the ordinary operation of reliable cognitive mechanisms. Not only this, the errors will indicate the presence of ordinary, well-functioning cognitive mechanisms, which in fact facilitate people being good, trustworthy eyewitnesses.

To see this point, it is useful to consider an argument previously developed by myself and Lisa Bortolotti. We argued that many memory errors are the result of the ordinary operation of cognitive mechanisms that are epistemically innocent: although the mechanisms produce epistemic costs, they also being significant epistemic benefits, which could not have been gained in the absence of the costs. While people might reasonably infer from evidence of memory errors that the person remembering is generally unreliable, the inference will often lead to false beliefs because the errors are due to the operation of cognitive mechanisms that often supply true beliefs.

How are the cognitive mechanisms leading to the misinformation effect epistemically innocent? The effect occurs due to the constructive nature of human memory systems. Human memory systems do not seem to work as storehouses or archives, storing discreet and complete files of specific events. Instead, the cognitive systems underpinning memory seem to store traces of information about events which are constructed to form plausible representations of past events. The process of construction can lead to errors.

However, the same mechanisms also bring significant epistemic benefits. They allow us to piece together different pieces of information, drawn from various experiences we have had in the past, to predict the future, which is unlikely to precisely resemble the past. They allow humans to project themselves into the future to make predictions about what will happen, to think flexibly about the future, and to engage in hypothetical thinking about the future. The flexibility of thought that this provides increases the chance of true beliefs being formed about future events, accurate predictions being made, accurate information being gathered in the future, and so forth.

What this means is that memory errors due to the misinformation effect result from mechanisms that facilitate knowledge acquisition. So rather than indicating that a person is largely unreliable, errors in eyewitness testimony that are due to the misinformation effect indicate the presence of cognitive systems found in all humans, i.e. constructive memory systems. And these cognitive mechanisms can actually increase the chance that the eyewitness has true beliefs about the event witnessed because they facilitate the acquisition of knowledge.

It will be useful to finish with an illustrative example. Tony witnesses a car accident for which one driver is culpable. When providing eyewitness testimony, Tony mentions that the car was green when it was blue. Jury members hearing this conclude that Tony is unreliable: either untrustworthy or lacking a good supply of beliefs about the case. They dismiss Tony’s testimony.

However, Tony only has this false memory because another eyewitness mentioned to him that the car was green and the memory of receiving this testimony become combined with information about his actual experience of the event. The error is, in other words, due to the ordinary, constructive nature of his memory systems. He is otherwise a good source of information about what happened.

In fact, due to having constructive cognitive systems, he was able to predict that the cars were going to crash before they did and therefore closely attended to the crash. Even though the event was novel, he was able to draw on past experience of similar events (e.g. watching car crashes on the television). He was able to predict what information would be useful for a criminal investigation and attended to that. Therefore, he is an excellent source of information about most relevant details about the crime. The jurors therefore dismiss high quality testimony due to noticing a memory error. They are overcritical jurors.
Posted by Sophie Stammers at 08:00