Eugenia Lancellotta is a PhD student in Philosophy of Psychology at the University of Birmingham. Under the supervision of Lisa Bortolotti, she works on the adaptiveness of delusions, especially outside schizophrenia spectrum disorder. In this post, she discusses her paper “Are clinical delusions adaptive?” co-authored with Lisa Bortolotti, that recently appeared in WIREs. 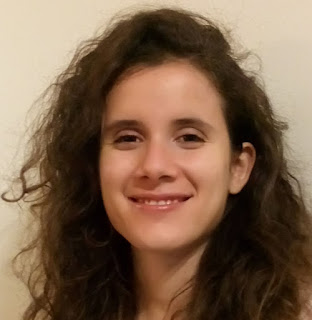 In popular culture, and even in part of the scientific culture, delusions are still considered as the mark of madness. It would then seem to be counterintuitive to ask whether such bizarre, irrational and often harmful beliefs can be biologically or psychologically adaptive.


Delusions are defined as fixed, irrational beliefs which are particularly resistant to counterevidence (DSM V). They span from the exotic to the common - from believing that one is the left foot of God to thinking that one is the target of an international conspiracy - and they are symptoms of a number of illnesses, such as schizophrenia, depression, OCD and dementia.

Despite their being usually defined in negative terms, by the harm and the difficulties they cause, in recent years research has suggested that delusions can also present some positive features (Bortolotti 2015; Fineberg and Corlett 2016; Mishara and Corlett 2009).

In our article we highlight these features, weigh them up against the well-known detrimental effects of delusions, and consider if the benefits exceed the disadvantages or vice-versa, I.e. if delusions are adaptive or maladaptive. Our conclusion is that, although delusions seem to be psychologically harmful and biologically maladaptive in the long run, in the short term their adoption can be seen as psychologically adaptive, as it delivers some psychological benefits in the face of difficulties that the subject is experiencing.

Such benefits vary depending on the type and content of the delusions, spanning from the relief from anxiety given by delusions in schizophrenia, to the restoration of intrapsychic coherence of delusions in depression and most likely in OCD, as well as to the negotiation of emotionally overwhelming circumstances found in many cases of motivated delusions. However, what all these apparently distant cases share is that delusions seem to be an (imperfect) solution to an already existing biological or psychological problem rather than the beginning of it.

To use a popular metaphor in the literature on the topic (McKay and Dennett 2009), delusions would be similar to shear pin mechanisms. Shear pins are emergency mechanisms installed in some machines, whose function is to break in times of emergency. By breaking, the shear pin allows the machine to keep functioning, although in a less than optimal manner. Similarly, by delivering some psychological benefits, delusions would allow a subject to keep functioning (in a less than optimal manner) in times of emotional or biological struggle, preventing the complete breakdown of the emotional, epistemic or biological machinery.

Although further studies are needed to investigate the precise role of delusions, a more complex picture, which takes into account both the costs and benefits of this phenomenon, has started to emerge.
Posted by Sophie Stammers at 14:57