Double Bookkeeping and Doxasticism about Delusion

In this post, José Eduardo Porcher, Research Fellow at the Rutgers Center for the Philosophy of Religion working primarily in the philosophy of psychiatry and philosophical psychology, outlines his target paper “Double Bookkeeping and Doxasticism about Delusion” in the newest issue of Philosophy, Psychiatry & Psychology. 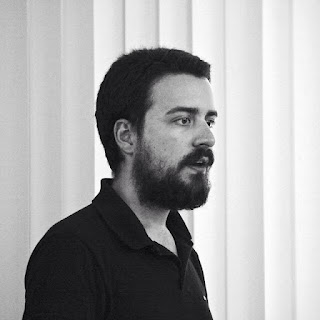 Doxasticism about delusion is the theoretical stance according to which delusion is a kind of belief. Although doxasticism is taken for granted in the psychiatric literature, it has been a major point of contention in the philosophical literature, where it has faced many objections and alternative accounts (see e.g. Bortolotti, 2018). In my paper, I show how double bookkeeping, a distinctive characteristic of delusional patients, motivates two kinds of argument against doxasticism. I then examine these arguments and find them inconclusive.

So what is double bookkeeping? Consider the following excerpt of an interview with a patient who showed symptoms of Capgras delusion and reduplicative paramnesia, maintaining that both his house and his family had been replaced by duplicates.

E: Isn’t that [two families] unusual?
S: It was unbelievable!
E: How do you account for it?
S: I don’t know. I try to understand it myself, and it was virtually impossible.
E: What if I told you I don’t believe it?
S: That’s perfectly understandable. In fact, when I tell the story, I feel that I’m concocting a story . . . It’s not quite right. Something is wrong.
E: If someone told you the story, what would you think?
S: I would find it extremely hard to believe. I should be defending myself.


This kind of ambivalence is particularly common in people with schizophrenia who, while deeply engaged by their delusions, nevertheless treat them with what seems to be a certain distance or irony, even at the height of their psychotic periods. Importantly, their actions betray this ambivalence as well.

Eugen Bleuler stated that his delusional patients frequently failed to act according to their delusions, as, for instance, to bark like a dog when they profess to be a dog (Bleuler, 1916/1924, p. 144). “Kings and emperors, popes and redeemers engage, for the most part, in quite banal work. . . . None of our generals has ever attempted to act in accordance with his imaginary rank and station” (Bleuler 1911/1950, p. 129)

The behavioral inertia seen in some delusional patients and which seems to be a consequence of double bookkeeping motivates one of the main arguments against doxasticism about delusion. It shares its structure with other arguments that trade on the apparent fact that the functional role of delusion departs from that of belief.

As Kengo Miyazono and Lisa Bortolotti (2015) note, the argument’s first premise is a broad functionalism about belief—the idea that what it takes for a state to be a belief is for it to play a certain functional role. The argument’s second premise, drawing on clinical experience, then denies that delusion plays the expected functional role with respect to action guidance. Therefore, the argument goes, those patients do not really believe the content of their delusions.

In my paper, I point out the characteristic behavioral circumscription that functions as the argument’s second premise, though certainly observed in many cases of delusion, is not a feature of all delusions. Thus, behavioral inertia cannot conclusively undermine doxasticism about delusion.

In my paper, I argue that the argument from phenomenology more forcefully undermines characterizations that invest in doxastic terminology. In addition, I follow Philip Gerrans (see his post in this blog) in arguing that attention to both the phenomenology of delusion and to the prerequisites for a multilevel causal explanation of delusion suggests the abandonment of imprecise, commonsense psychological characterizations (though there might perfectly well be a place for “belief” and other abstractions in other pragmatic contexts, such as therapeutic and forensic).

I am convinced that the doxastic status of delusion is inconclusive (more on this here). The arguments presented for and against it are not strong enough to clinch the issue and convince everyone of a single, general characterization. But that does not mean that we have not gained any clarity from discussing it. In the few decades since the issue became contentious, philosophers have made great strides, not only in accounting for the nature of delusion as a cognitive attitude, but also in developing theories of what kind of cognitive attitude best exemplifies the functional role delusions play in one’s cognitive economy.
Posted by Sophie Stammers at 08:00