Cognitive Transformation, Dementia, and the Moral Weight of Advance Directives 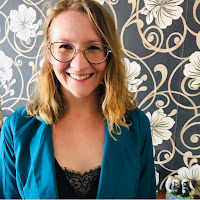 The following is a real-life case study of a woman referred to as Mrs Black (Sokolowski 2018, 45-83). Mrs Black received a diagnosis of mid-stage dementia at the age of eighty-five. Mrs Black’s dementia impacted her ability to recall both the names and faces of her family members. Nevertheless, Mrs Black was noted by nurses who cared for her as always being an exceptionally happy woman, who took great pleasure in her daily activities in the residential care home in which she lived. Whilst in care, however, Mrs Black developed a serious bacterial infection, which posed a risk to her life if left untreated. Mrs Black’s primary caregivers wanted to treat the infection, but Mrs Black’s son noted that she had an advance directive stipulating that if she ever developed a condition which resulted in her inability to recognize her family members, she would not wish to receive any medical treatment to prolong her life. Her advance directive was implemented, and Mrs Black died shortly thereafter, leaving the medical team who cared for her devastated (Sokolowski 2018).
The dominant view in the philosophical literature suggests that advance directives, documents which allow individuals to set out directions for their future medical care in the eventuality that they lose decisional capacity (de Boer et al 2010, 202), ought to hold decisive moral weight. Thus, defenders of this view such as, Ronald Dworkin (1994), Jeff McMahan (2005), and Govind Persad (2019) would maintain that the decision made in the case of Mrs Black was the correct one. The reason for this is that such views suggest documents such as advance directives reflect an individual’s judgements about their own lives and should therefore be given significant moral weight, even when the price of so doing is the life of the individual in question.

In my paper, "Cognitive Transformation, Dementia, and the Moral Weight of Advance Directives", I suggest that the dominant philosophical view does not best align with current clinical practice. In current clinical practice, clinician’s show great reluctance to implement advance directives which undermine the dementia patient’s overall well-being. I put forward a philosophical defence of current clinical practice which gives moral weight to the preferences of dementia patients after the onset of their disease. In particular, I use L.A. Paul’s transformative experience framework [Paul 2016] to argue that having dementia is a cognitive transformative experience and that preference changes which arise from this are legitimate and ought to be given moral-weight in medical decision-making.

This paper has been responded to by various bioethicists, clinicians, lawyers, and psychologists. These responses have also been published in the American Journal of Bioethics, and so too has my own response to these open peer commentaries. I invite those interested in the debate to email me if they have any comments or questions, as I would love to continue the dialogue on this issue further.