Today's post is by Marianna Bergamaschi Ganapini who talks about a recently published article in Philosophical Studies. 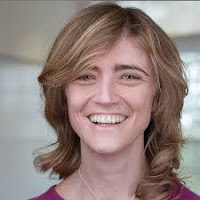 In this paper, I defend the claim that a mental attitude is a belief if it shows at least a minimal degree of doxastic rationality. More specifically, beliefs are minimally rational in the sense that they respond to perceived irrationality by re-establishing internal coherence (or at least by clearly attempting to do so).

A traditional view in philosophy is that it is a necessary condition for being a belief that an attitude behaves largely in a rational way (I call this view “Traditionalism”). That it, belief is typically (i) an attitude sensitive to the relevant evidence. It is also (ii) inferentially connected with other beliefs and other mental attitudes (e.g. emotions), and (iii) it typically causes actions when linked to a relevant desire.

Contrary to this view, there is now strong empirical evidence that that some of the attitudes that we comfortably call ‘beliefs’ show signs of doxastic irrationality: they are at times behaviorally inert, immune to counter-evidence, or inferentially compartmentalized. The Traditionalist approach would definitely exclude these attitudes from the category ‘belief’.

This has led some philosophers to reject Traditionalism and propose a much more lenient approach (Bortolotti, 2010). On this “Revisionist” view, for attitude A to be a belief, it suffices that A is expressed through a sincere assertion. That means that for the Revisionist, it is not expected that beliefs will behave in a mostly rational way: some beliefs show the same immunity to evidence and behavioral inertness we see with other attitudes such as imagination and acceptance.
Unfortunately, using sincere assertion as the mark of belief, is not the enough to uniquely individuate beliefs: people sincerely assert that p even when they mistakenly take themselves to believe that p. The Revisionist proposal is thus at risk of inflating the category ‘belief’ to include attitudes that are not in fact beliefs.
The view I propose in the paper is a midway position between Traditionalism and Revisionism.

On this view, irrational, inert, and patchy beliefs are possible, but belief’s key marker is exemplified in its reaction to irrationality. This reaction shows that belief is at least minimally rational in the following ways. One: minimal rational constrains will aim at establishing internal coherence (e.g. by eliminating one of the conflicting attitudes). Second: this kind of rational constrains will be applied when doxastic irrationality is detected.
In the paper, I refer to empirical evidence supporting my view while also showing that it is compatible with different kinds of mental architectures. This approach also offers a plausible picture of what makes belief unique: when belief’s fragmentation and irrationality are revealed, there will be a contrary push for coherence.
In contrast, attitudes such as imagination are governed by a decoupling mechanism that allows our imaginative episodes to be compartmentalized (Bayne 2010; Leslie 1987). Compartmentalization in the case of imagination (supposition, or acceptance) allows us to engage in complicated hypothetical reasoning by keeping track of multiple possible scenarios at the same time. In contrast, belief’s push for coherence applies across the board and tries to prevent the kind of fragmentation we see with imagination and the rest (Currie & Ravenscroft 2002).
Posted by Lisa Bortolotti at 08:00