Today's post is by Shelby Clipp. If you want to know more, check her thesis, "Delusions as Hetero-Dynamic Property Clusters." 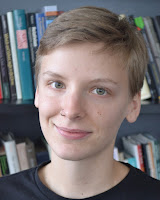 The standard position about the nature of delusions is doxasticism, according to which delusions are best characterized as a type of belief. However, the features of clinical delusions often differ from those typically associated with belief. For example, delusions tend to be highly resistant to counterevidence; and unlike typical beliefs they tend to exhibit limited or inconsistent behavioral guidance.
The discrepancy between the features of delusions and ‘normal’ beliefs has inspired an ongoing debate between doxasticists: those who take delusions to be beliefs and non-doxasticists: those who take delusions to be instances of some other kind of state, such as imaginings or acceptances. In my thesis, “Delusions as Hetero-Dynamic Property Clusters,” I refer to this debate as the doxastic status debate. Despite efforts, the doxastic status debate remains unresolved.

I’ve argued that this is in part because as the debate stands, it fits the bill for what Chalmers’s (2011) has described as a largely verbal dispute -- a dispute in which two parties agree on all of the relevant facts about a domain in question yet disagree on whether a certain term applies to a particular object of that domain. I attempt to advance the debate into more substantive territory, by putting forward the hetero-dynamic property cluster (HDPC) model, a new descriptive model for characterizing delusions.
I develop the HDPC model against the background of Boyd’s (1991) homeostatic property cluster (HPC) approach to categories, according to which category membership is determined by a cluster of features which tend to mutually reinforce each other. On this view, states such as beliefs and imaginings are each HPCs. An example of such reinforcement is the way in which the responsiveness to evidence of beliefs tends to enable it to guide behavior productively.

However, on the HDPC model, delusions are best understood as mental states characterized by an odd and unstable cluster of features: Odd, insofar as unlike with attitudes such as beliefs and imaginings, the combinations of features characteristic of delusions tend to resist one another rather than reinforce. For instance, unlike with beliefs which tend to be revised in light of counterevidence, an individual with Capgras delusion might cling to the assertion that their spouse is an impostor despite ample counterevidence, and this resistance to counterevidence subsequently creates problems for letting that state guide behavior -- e.g., one won’t find their ‘actual’ wife by searching for her.

By not reinforcing one another, the features of delusions are unstable in that there’s nothing to hold them together as a cluster, so to speak. This instability essentially loosens restrictions on the mental state’s movement both within the property space of a particular attitude and among one property space to another, thereby allowing the features of an HDPC attitude to freely waver between distinct property clusters. To some extent then, delusion’s odd and unstable nature has served as a catalysis to the doxastic status debate in that it inexorably contributes to delusion’s failure to resolve neatly into any one kind of more familiar cognitive attitude.