The conference “Mental Capacities and Legal Responsibilities” was held at London’s Senate House last week (7-8 April 2014), as a part of my Wellcome Trust and Nuffield Foundation funded project, based in the Philosophy Department at University College London. The project is a comparative study of the way that mental incapacities due to psychiatric disorder are taken into account in legal decisions concerning the right to patient autonomy, and the attribution of criminal responsibility, in England and Wales.

The conference expanded on this theme, inviting speakers to discuss the clinical, legal and moral complexities raised by questions of mental capacity arising in diverse legal contexts. Legal tests of decision-making abilities can be used, for example, to determine whether you are allowed make your own treatment decisions, whether you can marry, whether you can consent to sex, your ability to participate in criminal proceedings (and therefore whether you can stand trial), and whether you will be held responsible for a criminal act. However, these standards are rarely considered side-by-side.

Recent reports from the Law Commission indicate that law reform in England and Wales is moving towards an even greater role for the concept of mental incapacity in the criminal law (in the defences of insanity and automatism and the test for unfitness to plead). At the same time, developments in international human rights law have challenged the long-established use of mental incapacity as a basis for restricting private law rights (e.g. to self-determination), and this has raised a question about the appropriateness of mental capacity tests in any legal context. In light of the significant shifts taking place in this area, the aim of the conference was to bring together speakers to survey the terrain, and suggest potential ways ahead.

In the first session, Gwen Adshead and Tony Holland set the scene by offering a rich clinical view. Gwen Adshead drew on her experience as a therapist with homicide perpetrators, to consider the question of what capacities are necessary for the decision to kill. She described the search for reasons and justification in the context of homicide, both by the perpetrators themselves and by others, in attempts to understand what it is to be in the necessary state of mind. Tony Holland used his talk to reflect on the implementation of the Mental Capacity Act 2005, and in particular the question of what changes might address recent criticisms of the Act. He highlighted the “slipperiness” of central concepts, and raised a concern that appeals to the notion of mental incapacity are sometimes being used in place of good social care, which can facilitate engagement with health services.

Following afternoon tea, John Stanton-Ife and I offered some philosophical perspectives on questions concerning where the threshold for mental capacity should be set in different legal contexts. John discussed the threshold for the capacity to consent to sexual touching under the Sexual Offences Act 2003. Drawing attention to the cognitive nature of the test (in particular, a focus on the capacity for understanding the nature and consequences of what is being done), and the fact that a failure to meet its requirements excludes the person from the good of sexual relations, John concluded that more attention might be paid to mental elements such as desire. I addressed the question of whether proponents of a low mental threshold for the right to make one’s own personal decisions—based on the UN Convention on the Rights of Persons with Disabilities (CRPD)—must also endorse an equivalent low mental threshold for criminal responsibility. I argued that the answer is yes, but that a different set of evaluative commitments could justify a difference in thresholds between these two legal contexts. This session brought the day to an end, and the discussions continued at the Russell Hotel. 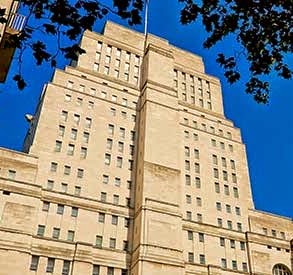 Day two began with Hanna Pickard and Jill Peay, who illuminated two legal questions concerning mental capacity and fairness. Hanna focused on cases where in an attempt to self-harm, someone with personality disorder hurts others (for example in a traffic accident). She argued that it is unjust that we typically hold the person capable of responsibility to others (when we attribute criminal liability) but not capable of responsibility for themselves (when the person is detained and treated in their own best interests). In her talk, Jill Peay considered the possibility of disability-neutral criminal defences, in light of concerns that many existing defences discriminate against people with mental disabilities. She charted a path through English case law comparing subjective and objective tests, and highlighting the challenges in both.

Following morning tea, Penny Brown and Miranda Bevan moved the discussion onto tests for the capacity to participate in criminal proceedings. Penny used a series of comparisons across jurisdictions as well as within English law, to explore the nature of the capacity to “plead”, and in particular the idea that the current threshold in England and Wales is too low. Miranda then set out the Law Commission’s current thinking on options for reforming the test for unfitness to plead, drawing particular attention to the problem that the capacity for effective participation may go beyond questions of decision-making ability. Keep an eye out for Law Commission’s forthcoming Issue Paper on this topic.

In the final session of the conference, Lucy Series and Gareth Owen explored issues that were in a sense both concerned with potential future developments of mental capacity law relating to personal decisions. Lucy examined what supported decision-making might look like in both “old” (Mental Capacity Act) and “new” (CRPD) legal paradigms, including the challenging task of discussing the meaning of a “100% supported decision”. Gareth took on the equally challenging topic of fluctuating mental capacity in the context of bipolar affective disorder, exploring the politics and metaphysics of enacting a person’s self-binding request to be detained before they lose mental capacity.

I am deeply grateful to the speakers and the audience for making the conference such a fruitful interdisciplinary event. My thanks go to the Wellcome Trust for funding the conference, and to the Institute of Philosophy for hosting it. A special issue will be published in the International Journal of Law and Psychiatry in 2015.
Posted by Jillian Craigie at 08:00