A Luxury of the Understanding 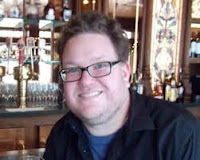 In this post, Allan Hazlett, Assistant Professor of Philosophy at the University of New Mexico, presents his book, A Luxury of the Understanding (Oxford University Press, 2013). Allan (in the picture above) works on the value of accurate representation, deference and disagreement, and political epistemology.

Philosophers have for some time acknowledged the possibility of irrational and false beliefs that are nonetheless beneficial to the believer. A familiar case is that of the over-confident athlete: it is easy to imagine that Karen is better off over-estimating her tennis abilities, than she would be were her evaluation of her abilities accurate, given the boost to her confidence that this over-estimation provides. However, it is standard for philosophers to argue that, since Karen’s belief is irrational and false, although it may be all-things-considered best for her, it is nevertheless “epistemically” bad.

In A Luxury of the Understanding (cover pictured below), I appeal to cases like the case of the over-confident athlete to motivate an argument that true belief is at most sometimes, and not always or even generally, good for the believer. The basic idea is that there are systematic patterns of cases in which false belief is better for the believer than true belief – in particular, I focus on the phenomenon of self-enhancement bias, studied by social psychologists (Chapter 2).

I argue that many people’s tendency for unrealistic optimism, for example, is best for them, despite the fact that this tendency is manifested in false beliefs. The reason, I propose, is that true belief is at most of the things that matters when it comes to most people’s well-being: other things that matter include subjective satisfaction, motivation, and the ability to cope with negative events. These benefits, it seems to me, often outweigh the “epistemic” costs of unrealistic optimism.

However, some philosophers have suggested that self-enhancement bias is beneficial for a person only on a mistaken hedonistic or subjectivist view of well-being. For this reason, I also argue that biased belief is sometimes valuable both from the perspective of friendship and from the perspective of morality (Chapter 3) – which, in philosophy, are relatively uncontroversial contributors to well-being. The idea is that friendship and morality sometimes require us to have overly positive views of other people. The upshot of all this, again, is that true belief is only sometimes good for the believer.