A Tale of two Optimists 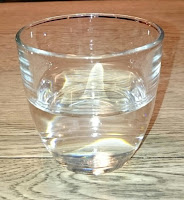 Dispositional optimism is conceptualized as a general tendency to expect good outcomes and as a fairly stable personality trait. The optimism bias on the other hand is supposed to be a cognitive bias whereby people overestimate the likelihood of encountering specific positive events and underestimate the likelihood of encountering specific negative events. This unrealistic estimate can either be comparative or absolute. In the first case, we rate our own prospects as better than those of comparable others, in the second, we overestimate our prospects relative to the actual likelihood.

While these two types of optimism sometimes coincide, a dispositional optimism does not predict unrealistic optimism and vice versa (Shepperd 2002). Nevertheless, there are some intriguing parallels between trait optimism and unrealistic optimism: Both seem to require the perception that we exert control over events. Trait optimism is linked to an optimistic explanatory style, which stresses the possibility of personal control over events (Forgeard et al. 2012). Unrealistic optimism is frequently associated with the illusion of control, the illusion that we control events to an extent that we don’t in fact. Furthermore, a correlation between trait optimism and optimism bias in belief updates of predictions concerning oneself compared to predictions for others have been observed (Kuzmanovic et al. 2015).

Importantly, in contrast to unrealistic optimism, dispositional optimism is not conceptualized as intrinsically unrealistic, though it may be if it coincides with unrealistic optimism. This may seem puzzling at first; we might think that dispositional optimism and the optimism bias are just two ways of measuring the same thing: One looks at general, one at specific expectations for the future. We would expect that specific positive expectations lead to a positive general outlook and the general expectation also manifests itself in specific predictions.


But a generally positive outlook and specific expectations need not be linked in this way: ‘The optimist thinks we live in the best of all possible worlds, the pessimist fears he may be right.’ As this wonderful joke illustrates, optimism does not necessarily entail error, it is just as much about the spin we put on events.

A general expectation of good things happening to me is much harder to disappoint then a very specific prediction. If I overestimate my chances of getting a specific job, I may end up being disappointed when I don’t. If I expect ‘more good things then bad things to happen to me’, then I might focus on the valuable feed-back I got when I was rejected and therefore have something to add to my stock of good things happening to me despite experiencing rejection. This flexibility of outlook and evaluation in general optimism may make it more beneficial to individuals, as it does not set them up for disappointment in the way very specific unrealistically optimistic expectations can.