In this post, Jason Howard (in the picture below) presents his recent book Conscience in Moral Life (Rowman & Littlefield International, 2014). 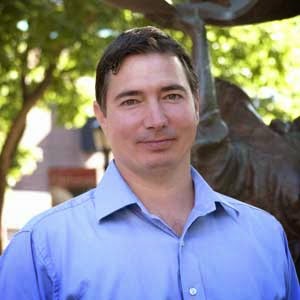 My name is Jason Howard and I am an Associate Professor of Philosophy at Viterbo University in La Crosse, Wisconsin, in the United States. I have long thought that one of the most fascinating things about human beings is the power that moral appeals and obligations have in shaping our identity. My specific interest in conscience —what it is, why it appears so pervasive, how it functions—is one with my larger curiosity about moral agency, especially what such agency might tell us about the ontological complexity of human beings.


One of my principle motivations in writing Conscience in Moral Life was to capture the pivotal role that conscience continues to play, both positively and negatively, in contemporary society.

In brief, my book explores where our widespread confidence in conscience stems from, examining the history of conscience as a moral concept and its characteristic moral phenomenology. Looking at the rich conceptual history of conscience, theories about its relationship to moral development, and the role of conscience claims in the history of U.S. legislation, I make the case that many of our beliefs concerning conscience exaggerate its capacity for moral guidance. Rather than a trivial problem, our overconfidence in conscience has a detrimental impact on how we see the role of moral reasoning, the value of moral consensus and even the function of moral education.

I argue that Western culture has inherited a number of assumptions about conscience that first gained widespread currency during the Enlightenment. These assumptions can be grouped under what I call a “faculty” conception of conscience, where conscience is seen as a unique faculty of moral insight, and whose defining characteristics are its infallibility, innateness and ontological distinctiveness. The first section of the book is focused on showing that such a faculty view is indefensible and that accepting such a picture of conscience, even if only some aspects, leads to seriously misunderstanding the nature of moral obligation.

In contrast to this faculty view, I build on a dialectical approach to conscience pioneered by Hegel
and continued with Ricoeur’s Oneself as Another, wherein conscience emerges through a process of mutual recognition, and so is shaped at the deepest levels by our interaction with others. Integrating this dialectical-developmental approach with work in the philosophy of emotion, I argue that conscience refers to a constellation of experiences, all of which involve the integration of our most powerful moral emotions- guilt, shame and pride.

Of all the emotions that humans possess, guilt, shame and pride have arguably the greatest impact on our sense of self-worth; it is these emotions that often take the greatest toll on our lives. Given the incredible power these emotions have in both deforming and reforming our identity, they require additional mediation if their potential for constructive moral motivation and guidance is to be developed. My position is that conscience is this mediation. Stated more pointedly, conscience is the higher-order integration of these moral emotions, the function of which is to integrate these emotions into a coherent, reasonable and constructive sense of moral accountability.

To the extent my approach envisions the development of conscience as an existential struggle of self-interpretation and integration, as opposed to focusing on its outcome as implacable moral judgment, I provide a much richer and more realistic assessment of how conscience shapes moral belief and behavior. Moreover, this approach not only explains many of the more puzzling and distinctive features of conscience—its appearance as an otherworldly voice, how conscience is both backward looking and forward looking—but also makes clear how it can be both morally informative as well as destructively self-indulgent. Rather than some infallible voice deep within us that only requires our silent consent, my book sees conscience as expressive of a developmental arc toward moral growth. There are no short cuts to a discerning more life, yet we continue to treat conscience as if it were the final trump card on all moral matters, with appeals to conscience used to stop discussion and public justification rather than encourage it. By contrast, conscience is best approached as an expression of reliability and not a timeless guarantee of our moral beliefs; it exists as one of the ultimate tests of our own moral maturity. And so in exaggerating what conscience can do for us we end up jeopardizing our shared moral life with others.

My research on conscience fits into many other areas of interest that I have, and in which I have published, such as the emotions, German idealism, and moral education. One of the claims I defend in the book is that the visceral force of many of our convictions, as well as simplistic notions of conscience, can often make the task of moral education much more difficult than it already is. Consequently, one of the major aims of moral education should be to help people contend with the emotive power of their commitments and convictions.

I have a book coming out this spring, Adventures in Reasoning: Communal Inquiry through Fantasy Role-play, that takes a small step in this direction by providing a novel and engaging way to introduce adolescents to moral considerations.