I start the second year of my PhD on Project PERFECT with curiosity and enthusiasm. My plans for this year are largely focused on the continuation of my on-going research on the epistemic and pragmatic benefits of affective disorders, including depression, dysthymia, and bipolar disorder.

I spent my first year with PERFECT investigating the phenomenon of depressive realism. The question which I attempted to address relates to the ‘sadder but wiser’ dilemma: are those, who suffer from depression, ‘wiser’ in any way than healthy people? The answer appears to be more complex than I initially expected: certain symptoms associated with light depression (e.g. low mood) contribute to more accurate beliefs with regards to the self and self-related circumstances, but not in other contexts.

My findings have been published in an article which I co-authored with Lisa Bortolotti and were presented at The British Society for the Philosophy of Science 2015 annual conference and the Cognitive Futures Conference in Oxford. I also had a chance to represent the Department of Philosophy at the Birmingham Graduate Poster Conference 2015, where my poster picturing epistemic and psychological benefits of depression was awarded the peer prize for the best poster.

At the upcoming International Conference on Philosophy, Psychiatry, and Psychology in Chile,  I will talk about the phenomenon known as defensive pessimism, asking whether being a pessimist might be linked to some psychological benefits.

This year I look forward to continuing my research on depression and related issues. In cooperation with Lisa and Michael I am going to investigate the formation and potential benefits of depressive delusions: are there any delusional experiences in depression? What form and content do they have? How are they formed? What do they consist of? Do they carry any benefits for the subject?

I am also going to review a broad range of contemporary research on the possible links between creativity and affective spectrum disorders. Is it true that depression and bipolar disorder relate to high levels of creativity? What is the character of this relation? There is a vast amount of existing empirical studies both confirming and denying such links. It is possible that the hypothesis about creative people being affected by mental illness is true in certain cases, but not in others. To put the evidence under detailed scrutiny and to draw clarifying conclusions would be an exciting challenge.

In March this year I will talk about depression and negatively biased memories at the Arts and Science Festival 2016 asking how suffering from depression may affect the way we remember self-related events. This talk is part of a PERFECT-sponsored event called Tricked by Memory and will also include talks by Anneli Jefferson and Kathy Puddifoot. 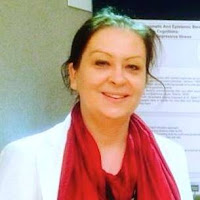 I enjoy working as a part of the PERFECT team on exciting and ground-breaking issues emerging in the philosophy of psychiatry. The opportunities to attend thought-provoking events and talk to people who are specialists in their field are countless and should not be underestimated. I hope for another two years filled with intensive research and fruitful cooperation.