Irrationality and Pathology of Beliefs 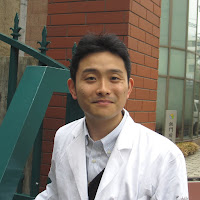 This post is by Eisuke Sakakibara (pictured above), psychiatrist working at The University of Tokyo Hospital and a graduate student of Graduate School of Medicine, The University of Tokyo, Japan. In this post he writes about recently published paper entitled “irrationality and pathology of beliefs” published online in Neuroethics, and its significance for his long-term project in philosophy of psychiatry.

Delusions are an oft discussed theme in philosophy of psychiatry. The most cited work on delusions is Lisa Bortolotti’s Delusions and other irrational beliefs, in which she discussed whether delusions are appropriately construed as a kind of belief.

I assume delusions are beliefs in order to concentrate on another problems about delusions: psychiatrists ponder on whether delusions indicate underlying grave illness, because irrational beliefs (or belief-like mental states) are not always symptoms of illness. Those with pathological delusions do not recognize their delusions as symptomatic of illness. However, differentiating pathological beliefs from normal irrational beliefs is vitally important: If a belief is pathological, psychiatrists must seriously consider treating the patient against her will. If it is not pathological, conversely, involuntary treatments are prohibited because they offend her basic autonomy

Pathological irrational beliefs are distinguished from non-pathological ones by considering whether their existence is best explained by assuming some underlying dysfunctions. Dominic Murphy asserted that the pathology of delusions rest in their uniqueness and un-understandability of their progression. I basically agree with Murphy, and supplemented four other features from which to infer the pathological nature of irrational beliefs: coexistence with other psychophysiological disturbances and/or concurrent decreased levels of functioning; bizarreness of content; preceding organic diseases known to be associated with irrational beliefs; treatment response to medical intervention.

Severe irrationality is sometimes caused by normal human motivation rather than by mental or physical dysfunction. Delusions can be non-pathological. Pure forms of self-deception may satisfy the diagnostic criteria of delusional disorder, but there may be no evidence that suggests that they are caused by illness.

Philosophy of psychiatry suffers from two kinds of communication divide: 1) between psychiatrists who are interested in the foundations of psychiatry and philosophers who would like to find ways to apply philosophical knowledge to psychiatric phenomena, and 2) between classical works proliferated mainly among German-speaking society before USA became the academic center of psychiatry and discussions after the release of DSM-III. In Japan, German and French classical psychiatric literature has been intensively studied, and still receives substantial attention. I, as philosophy-oriented psychiatrist living in Japan, have an aspiration for bridging the above mentioned two communication divides.

My recent work on delusion is the first endeavor to close the divides. First, delusions are interesting phenomena for philosophy of mind because, although delusions seem to be a kind of beliefs, they fail to conform to the norms of rationality presupposed by the attribution of propositional attitudes. However, in psychiatry, delusions are important for totally a different reason: Although delusions are regarded as the central pieces of psychosis, they are the symptoms of illness that are least symptom-like, for the patients are not passively suffer from them, but actively hold them as their own attitudes. Delusions are undoubtedly the deviation from social and psychological norms. But are they really symptoms of illness? Are all delusions pathological? If not all delusions are pathological, on what basis do psychiatrists judge that a delusion is pathological or not? I wrote the paper so that the reader can see why delusions are important for psychiatric practice. Second, there are plenty of German (and French) classical works on delusion, to which recent philosophical papers pay less attention. I have cited some key literature and discussed its significance on recent debates on delusions.

I am currently running a study group named “Philosophy of Psychiatry and Psychology,” where about 5 to 10 philosophers, psychiatrists, and psychologists meet once a month to discuss fundamental issues in psychiatry and clinical psychology. I wish this group will accelerate interdisciplinary collaborations and will make some international contributions to the field in the near future.

The link to PPP group page on Facebook (in Japanese)