Today's post is by Nick Heather and Gabriel Segal on their new edited collection Addiction and Choice: Rethinking the Relationship.

Nick Heather (pictured below) is a clinical psychologist by training and is now Emeritus Professor of Alcohol and Other Drug Studies at Northumbria University. He has over 500 publications, mostly in the area of addictions, with an emphasis on treatment and brief intervention for alcohol problems. 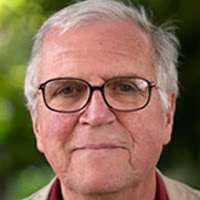 Gabriel Segal (pictured below) is Professor Emeritus of Philosophy at King’s College, London. He has published extensively in philosophy of psychology, cognitive science and philosophy of language.

In 1997, Nick Heather, together with Ian Robertson, published the 3rd edition of a book called ‘Problem Drinking’. It argued that there is no such thing as ‘alcoholism’ in the sense of a discontinuous form of drinking problem and that it was not helpful to see problem drinking as a disease. Rather, people drink in problematic ways for a variety of reasons that can be understood from the point of view of social learning theory.

15 years later, Gabriel Segal began working on a paper (‘Alcoholism, Disease and Insanity’) defending the view that alcoholism, and substance addiction generally, really is a bona-fide disease. The paper included an extended critique of ‘Problem Drinking’. The journal, Philosophy, Psychology and Psychiatry, accepted the paper for publication and asked Nick Heather to write a reply, which he did.

Nick Heather and Gabriel Segal began to dialogue. They collaborated on a paper ('Is addiction a myth? Donald Davidson's solution to the problem of akrasia says not') arguing that addiction is a real-world phenomenon and centrally involves akrasia: agents acting against their best interests and, in some sense, against their wills.

They continued to dialogue about the nature of addiction and spent much time and effort arguing about whether or not it is a disease. After a while, it came to seem to them that that issue could fruitfully be set aside, at least for the time being. There was much that they agreed on and much else to be discussed. They agreed that addictive using is intentional action, and typically the effect of a choice to use. And they agreed that the choices involved are not completely free, in the way of normal quotidian ones, like whether to read a newspaper or watch TV.

They believed that the truth lies between these two extremes of no-choice and normal, free choice. They felt that disputes between proponents of these extreme positions have hampered theory, research and practice in the addiction field for too long and have prevented us from approaching the truth about addiction. They decided it would useful to address all the major, fascinating addiction topics from this perspective: that addiction is, in some sense, a disorder of choice. So they brought together an edited collection of chapters and, somewhat ambitiously, asked some of the most distinguished authorities in the field to contribute. They were delighted when most of them accepted the invitation.

Addiction & Choice: Rethinking the Relationship is the result.

Following an Editors’ Preface, the book comprises 25 chapters organised in 7 sections: ‘Introduction’, ‘Philosophical foundations’, ‘Perspectives from neuroscience’, ‘Perspectives from behavioural economics and cognitive psychology’, ‘Implications for treatment, prevention and public health’, ‘Implications for the public understanding of addiction and for legal responsibility for addictive behaviour’ and plus concluding chapters by the Editors.