A Political Justification of Nudges 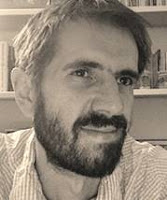 
‘Behavioural economics’ is a research programme that aims at making economic models psychologically more realistic. After many years ‘in the wild’, behavioural economists are now part of the mainstream and have succeeded at bringing microeconomics in line with the developments of cognitive psychology.

Up until recently, however, behavioural economists had been rather shy regarding the normative (i.e. policy) implications of their research. All of this has changed in 2008 with the publication of Nudge, the best-selling book by Cass Sunstein and Richard Thaler. Nudge is not only an impressive showcase for the best social policies inspired by behavioural economists. It also offers a philosophical framework to justify the use of behavioural interventions. The framework is called ‘Libertarian Paternalism’: nudges are libertarian because they influence people’s behaviour without limiting the range of options available to them; they are paternalistic because they help people choose the options that are good for them.

Libertarian Paternalism, predictably, has attracted a lot of criticism. Some have pointed out that nudges are not really libertarian, others that they are not really paternalistic. In this recent paper, Luigi Mittone and I argue that they should not be paternalistic. We explain that paternalism is largely a red herring, because some of the most advertised nudges involve interventions that are not easily justifiable as welfare-improving for the individual citizen who is nudged, but that are better justified as being for the good of the society as a whole.

Our chief examples are the behavioural policies aimed at tackling problems of intertemporal discounting. Consider Ann, a young woman who can either decide to save a substantial part of her income to build a pension, or spend the money now, traveling around the world and having fun with her friends. A scheme that nudges Ann to save for the future – for example, by making investment in a pension fund the default option when she signs her contract – is justifiable as satisfying ‘old Ann’s’ preference for a comfortable retirement. But it clearly goes against ‘young Ann’s’ preference for living an interesting and exciting life right now.

Problems of multiple selves, of course, are not new to philosophers or economists. One possible reaction is to say that Sunstein and Thaler should openly take sides – they should come up with a reason to sacrifice ‘young Ann’s’ welfare in favour of ‘old Ann’s’ welfare. This move however does not seem to come cheaply and would require quite a lot of argumentation. Thus Luigi Mittone and I propose a different solution: we should recognize that nudge policies are better defended from a political rather than a moral perspective. The reason we want Ann to save money is not necessarily or principally that we care for her older self. It is rather that a society full of old people who have not saved enough for their pensions is unsustainable and likely to give rise to tremendous tensions.

Those of us who live in Southern Europe, unfortunately, are well aware of this problem: a large group of elderly people can easily lobby the government and influence policies that, effectively, force younger generations to support their myopic elders – through higher taxes, low unemployment subsidies, or simply by making their retirement practically impossible.

Of course most of us appreciate (most) nudge policies, especially those that may help avoid situations of this kind. But the reason we like them is that we want to live in a peaceful society and we care for the welfare of all the citizens – the singing crickets as much as the hard-working ants. That’s why we should better take a contractarian perspective and justify nudges politically, rather than endorse Sunstein and Thaler’s dubious ‘paternalistic’ philosophy.