Do religious “beliefs” respond to evidence? 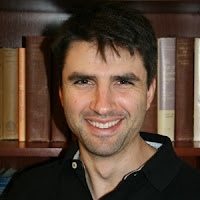 This post is by Neil Van Leeuwen (pictured above), Assistant Professor in the Department of Philosophy and Associate of the Neuroscience Institute at Georgia State University. What follows is a synopsis of his new paper, which is forthcoming in a special issue of Philosophical Explorations on false but useful beliefs. The special issue is guest edited by Lisa Bortolotti and Ema Sullivan-Bissett and is inspired by project PERFECT's interests in belief.


One might argue that the answer to my title question is just blindingly obvious. Religious “beliefs” don’t respond to evidence, because no beliefs do! After all, human belief formation processes are a motley crew, including such ignobles as confirmation bias, cognitive dissonance, wishful thinking, the availability heuristic, post hoc ergo propter hoc, the base rate fallacy, the genetic fallacy, ad hominems, prestige bias, framing effects, and many, many…many more.

This cynical view, however, grows out of a diet of focusing on the bad and ignoring the good. In short, I agree with Donald Davidson’s view that irrationality is only possible against a large background of rationality. So I think, at least when it comes to the mundane, that the vast majority of factual beliefs (like my factual belief that there’s a tree in my backyard or my factual belief that my bank balance is such-and-such) in fact do respond to evidence quite well (though not perfectly).

The situation, in any case, looks far different when we turn from factual belief to the mental state that I call religious credence.

Religious credences differ from factual beliefs on a number of dimensions, as I argue in previous work, and one of the dimensions up for consideration is indeed responsiveness to evidence. 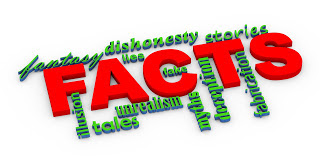 Interestingly, examples of religious reasoning and practice seem to cut either way in terms of responsiveness to evidence, which leaves us with a puzzle.

On the one hand, intelligent design arguments, religious apologetics, systematic theology, and religious reasoning based on unlikely events all seem to support the idea that a wide range religious cognitive attitudes do respond to evidence, even if imperfectly. In each case, there seems to be reasoning on the basis of evidence. Furthermore, the fact that people sometimes reject their religious commitments due to science suggests that maybe we should think of religious credences as responsive to evidence after all. If they weren’t responsive to evidence, why can science extinguish them?

On the other hand, a different cluster of examples tilts in the other direction. Doomsday cults that persist after their predicted doomsday, young earth creationism, evolution denial, and flagrant religious invention all suggest that we should not include evidential vulnerability in our characterization of religious credence. Joseph Smith, for example, apparently held that there were six-foot-tall people living on the moon who dress like Quakers.

So the puzzle is this: do religious “beliefs” respond to evidence, or not? Or, to put it more theoretically: is it worth appealing to vulnerability to evidence as a property that distinguishes factual beliefs from religious credences, where the former have it and the latter don’t. (See the full paper for a crisp characterization of evidential vulnerability.)

My approach to solving this puzzle is to maintain that religious credences in general are not evidentially vulnerable—and this does indeed distinguish them from factual beliefs, which are—and in the examples in which religious credences seem to respond to evidence, what’s going on is what I call The Evidence Game, which is structurally parallel to fiction-making games of make-believe.

On this view, the psychological structures that underlie make-believe play are also responsible for instances in which religious credences appear to respond to evidence. Just as a kid with a plastic sword can resemble someone fighting a dragon, so a religious apologist observing the appearance of design in nature can resemble someone whose cognitions respond to evidence. So when it seems like religious credences are based on (or formed in response to) evidence, the agent who has the credences is in fact using various events and artifacts as r-props, which work like props in games of make-believe.

Importantly, however, being based on r-props is not sufficient for religious credences to be genuinely evidentially vulnerable, since those same credences are not apt to be extinguished by genuinely contrary evidence.

Let me briefly elaborate this view.

In Kendall Walton’s account of make-believe play, principles of generation prescribe players of a given game to imagine certain things of certain props. In his classic example, tree stumps are props that are imagined to be bears in a game of make-believe that children play in the woods. Every time the children see a stump, one might shout, “A bear!” In this game, the principle of generation is a function from actual stumps (props) to imagined bears. Principles of generation are implicit psychological rules that govern what’s imagined in a given game.

The Evidence Game, on my view, works similarly. R-principles of generation prescribe players of the Game to have certain religious credences in response to certain r-props. For example, a naturally occurring Mary-shaped figure that appeared on the side of a building became an r-prop in an instance of The Evidence Game, which occurred in Clearwater, Florida, in 1996. (Lawn sprinklers in fact caused the figure.) What happened here psychologically? On my view, R-principles of generation prescribed people to have religious credences about The Virgin Mary on the basis of features of this Mary-shaped r-prop. When the r-prop came about (1996) and where it came about (Clearwater, Florida) were features of the r-prop that were incorporated into subsequent religious credences in response to r-principles of generation, which are implicit rules that (often unconsciously) govern The Evidence Game. Consequently, worshipers of the apparition formed the religious credence that Mary appeared in Clearwater in 1996, and they did this on the basis of some ‘evidence’ (read: r-prop) from that time and place.

As I’ve said, I use this approach to enable me to maintain the following position, which solves the puzzle I set out to solve: religious credences in general are not evidentially vulnerable, and when they seem to be, it’s an instance of The Evidence Game.

Of course, to make this convincing, I have to go back and apply that analysis to the examples in which religious credences do seem responsive to evidence, like when someone makes an argument from intelligent design. In the paper, I do the requisite dirty work and so won’t go into detail here. (You also might still be wondering: if religious credences aren’t evidentially vulnerable, why do some people reject religious credence in response to science? I do address that issue. But to get the idea, you’ll just have to read the paper itself).

There are a few other virtues that I claim for my theory. It works very well with other material in cognitive science of religion, like anthropologist Tanya Luhrmann’s work in the Vineyard Christian Fellowship. It also, accurately, paints a more active portrait of religious “belief” formation than the model developed by Maarten Boudry and colleagues, which tends to portray the development of religious attitudes as a passive process. And importantly, my view also offers a unifying explanation: it is clear that religious rituals share much psychological structure with make-believe play, so by also explaining The Evidence Game in terms of this structure, I unify phenomena previously thought to be disparate.
Posted by Unknown at 08:00