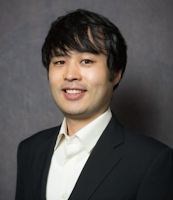 Hyemin Han (pictured above) is Assistant Professor in Educational Psychology and Educational Neuroscience at The University of Alabama. In this post, he summarises his paper "Attainable and relevant moral exemplars are more effective than extraordinary exemplars in promoting voluntary service engagement", recently published in Frontiers in Psychology.

Did your parent or teacher tell you the stories of morally great people, moral exemplars, e.g., Mother Teresa and Martin Luther King Jr., when you were young? Your parents and teachers perhaps told you such stories at least once, and you were asked to learn how to live a good life from them. Do you think that the stories have made you a morally better person, who is trying his/her best to emulate such exemplars’ moral behavior?

Let’s make this question more general. Can such (seemingly) morally perfect people’s stories really promote motivation to engage in moral behavior? On the one hand, prior social and developmental psychological studies examining the motivational effects of moral modeling have demonstrated that it is possible (Bandura & McDonald, 1963). On the other hand, some other studies have shown that the mere presentation of moral stories, particularly the stories of extraordinary moral exemplars, might produce negative side effects, such as extreme envy and decrease in motivation for emulation (Monin, 2007). Then, how can we maximize the positive effects of the stories of moral exemplars while preventing possible negative side effects?

My recent paper, “Attainable and relevant moral exemplars are more effective than extraordinary exemplars in promoting voluntary service engagement,” published in Frontiers in Psychology might provide an answer to the question with empirical evidence. In this paper, I examined whether different types of exemplary stories differently promoted motivation to engage in voluntary service activities by conducting intervention experiments.

These intervention experiments were originally inspired by previous neuroimaging studies identifying the neural mechanism of morality. Meta-analyses of neuroimaging experiments focusing on the neural correlates of morality have consistently demonstrated that moral functioning is associated with activity in brain regions correlated with self-related psychological processes (Boccia et al., 2016; Bzdok et al., 2012; Garrigan, Adlam, & Langdon, 2016; Han, 2017; Sevinc & Spreng, 2014). Based on these meta-analyses, I conducted an fMRI experiment examining the interaction between neural activity in self-related brain regions and other regions associated with moral emotion and motivation while subjects were solving moral dilemmas. This experiment demonstrated such an interaction as hypothesized (Han, Chen, Jeong, & Glover, 2016).

Based on these neuroimaging studies, I hypothesized that the perceived connectivity between presented moral exemplars and students’ selfhood would significantly influence the intervention outcome. In order to test the hypothesis, in my intervention experiments, I presented two different types of exemplars to students. On the one hand, a group of the students were presented with attainable and relevant exemplars, which seemed to be easy to emulate, such as peer exemplars. On the other hand, I presented the stories of extraordinary moral exemplars, such as historic figures, to another group of students. When I compared the pre- and post-test voluntary service engagement, the former group showed significantly greater increase compared to the latter group; interestingly, the presentation of extraordinary exemplars even decreased the engagement.

Now, you might have got an answer to the initial question. Imperfect moral exemplars, such as your friends or family members, might better promote motivation to do something good among your kids even better than extraordinary exemplars, such as historic figures, might do. Of course, such extraordinary exemplars might still be valuable as sources for moral education since they show us the paragon of morality that should be pursued by human beings (Colby & Damon, 1992). However, presenting such extraordinary exemplars to your kids carelessly perhaps backfires. So, let’s start to reconsider the value of your close others as sources for moral inspiration.