The Virtue of Defiance

In this post, Nancy Nyquist Potter introduces her new book, The Virtue of Defiance and Psychiatric Engagement. 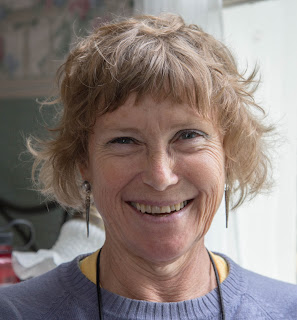 I am a Professor of Philosophy at the University of Louisville, an Associate with the Department of Psychiatry and Behavioral Sciences, and a core faculty member of the Interdisciplinary Master’s Program in Bioethics and Medical Humanities. My main area of focus is in the intersection of philosophy and psychiatry, where I’ve published on topics on Borderline Personality Disorder, Oppositional Defiant Disorder, self-injury, trauma, and related nosological, epistemic, and ethical issues. 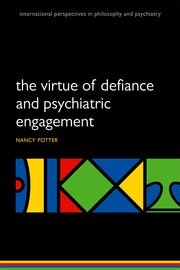 Because I have spent over 10 years working in the university’s Emergency Psychiatric Services and the Mood Disorders Clinic, I also write on therapeutic issues that are implicated in diagnosis and treatment. I always examine issues through a feminist lens and am increasingly including critical race theory in my work. I am a board member of the Association for the Advancement of Philosophy and Psychiatry, an organization that fosters interdisciplinary work and provides invaluable scholarly support for this field.

What is defiant behavior? When should defiance be repressed or stamped out? Can mentally ill people ever be reasonably defiant? My latest book is an attempt to ‘rehabilitate’ defiance, which is often viewed as disruptive of the social glue necessary for society to run well. I think we’ve gotten it wrong about defiance—specifically, we have overlooked the value of defiance as a way to challenge authority.

This especially is the case with respect to oppressed people and those who have been systemically harmed by their status, such as those with mental disabilities. I argue that defiance, whether perceived in patients or in others, should not always be considered a symptom of mental disorder or a vice—that, in fact, defiance can sometimes be a virtue. The starting point of the book is that, as it stands, many societies in the Western/Northern world do not ‘run well,’ and in order to understand the complexities of defiance, we have to start with the actual world we live in.

I do a number of things in this book: I distinguish defiance from related concepts such as civil disobedience and resistance while allowing for family resemblances; I present a theory of defiance that targets the issues I want to focus on (patients, potential patients, and the defiantly ‘bad’); I explain why a theory of oppression is relevant to defiance; and I analyze cases to illustrate my argument. I use as my framing theory the work of Lisa Tessman on Burdened Virtues: Virtue Ethicsfor Liberatory Struggles.

One chapter focuses exclusively on education and ways that racialization both may lead adults to interpret racialized students as defiant when they are not, and to interpret defiance as behavior that needs to be repressed when, in fact, it may be a way to move toward flourishing for some students. Another chapter focuses on the differences between Antisocial Personality Disorder, which is perhaps the paradigm case for either vicious or severely dysfunctional behavior, and other cases from psychiatric literature in the book that I suggest are contenders for good defiance.

The last chapter addresses theoretical and practical aspects of how clinicians can use this material. Specifically, I explain my theory of giving uptake and argue that giving uptake, too, is a virtue. Since giving uptake properly to people who are, or seem to be, defiant is difficult, I discuss obstacles that impede the development of this virtue—namely, the episteme of psychiatry in the context of epistemologies of resistance and epistemologies of ignorance. I conclude by analyzing cases to illustrate how they could have gone differently.

Mapping the Edges and the In-between: A Critical Analysis of Borderline Personality Disorder.

“What is manipulative behavior, anyway?” Journal of Personality Disorders.

“Grounding for understanding self-injury as addiction or (bad) habit.” In Addiction and Responsibility.

Philosophy, Psychiatry, and Psychology, the official journal of the Association for the Advancement of Philosophy and Psychiatry.

Nancy will be giving a talk in Canterbury, University of Kent, on March 1st at 3pm entitled “'Difficult People': A Theory of Defiance and the Role of the Social Imaginary.”