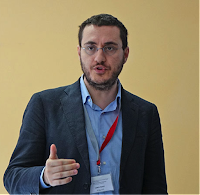 Bounded rationality has been a hard-to-digest notion in economics and the other social sciences since its introduction by Herbert A. Simon in the middle of the last century. How could ‘rationality’ be ‘bounded’? And – as a typically related concern – would this imply that social sciences should abandon any normative horizon, giving the way to an unappealable ‘irrationality’?

The history of bounded rationality has since been a story of arguments and counter-arguments to these concerns. Nonetheless, Simon was constantly supported by the belief that any theory of bounded rationality should hinge upon the polestar of cognitive psychology, of which he was as well a founding father. Currently, those who have followed Simon’s advice to found bounded rationality on cognitive psychology (there is a number of scholars who hasn’t, but this is another story) take side on the usual opposite poles: the ‘irrationalists’, who claim that human cognition is intrinsically flawed, and the ‘adaptationists’, who claim that cognitive performances have to be assessed on the basis of the match/mismatch between cognitive resources and environmental demands. The former are the followers of the so-called ‘heuristics-and-biases’ approach to rationality, the latter the followers of the ‘ecological rationality’ point of view.

So far, the story is quite well known. In my recent paper, I argue that beyond the harsh divide that characterizes the ‘irrationalists’ vs ‘adaptationists’ debate – not by chance the debate has been called “rationality wars” – they have much in common, that is, they fundamentally share the approach to human cognition known as ‘symbolic information processing’. This approach was originally introduced by Simon, and concerns a worldview (called cognitivism) according to which human agents process in their mind symbols that are good/bad representations of the external world. Even if both heuristics and biases and ecological rationality have mostly gone beyond Simon’s original theoretical infrastructure, the cognitive Weltanschauung is quite the same.

Why do I emphasize the similarity of cognitive foundation of the two approaches? This is because cognitive psychology has in the last 30 years moved beyond cognitivism, proposing alternative views on human cognition that emphasize the following points:

i) action is a fundamental ingredient of cognition, that is, ‘no cognition without action’;
ii) the environment is a resource (and not a constraint) for cognition;
iii) higher cognition exploits the neural resources of the sensory-motor system.

This set of propositions is today conveyed through the labels ‘situated’, ‘distributed’, and ‘embodied’ cognition, which meet an ever growing support in the field of cognitive psychology. However, we do not find any programmatic acceptance of the SDE principles in today’s research on bounded rationality.

In my paper, I explore a historical case when Simon refused in the 1990s to accept the newborn ‘situated cognition’ paradigm, giving birth to a quite sustained (how could it be otherwise?!) controversy over the nature of cognition and rationality. The historical approach that I adopt is an explicit attempt to read that episode as a ‘road not taken’ in the history of the relationship between bounded rationality and SDE cognition.

If a promising road not taken is pointed out, why do not inquire into the possibility to take it again? This is exactly what we are trying to do, as this paper is part of a project – labeled ‘embodied rationality’ – which I have been pursuing in the last few years with my colleague Antonio Mastrogiorgio (University of Chieti-Pescara). The aim of our project is precisely that of providing new SDE cognitive psychology foundations to the notion of bounded rationality.
Posted by Unknown at 08:00