In this post Robin Scaife reports from the conference Bias in Context.

On the 25th and 26th of January 2017 the University of Sheffield hosted the 3rd in a series of 4 conferences on Bias in Context. This workshop was supported by the Leverhulme Trust as part of a research project grant on bias and blame. The previous two conferences in the series had focused on how to understand the relationship between psychological and structural explanations. This time the theme was Interpersonal Interventions and Collective Action. The goal was to look beyond individualistic approaches to changing biases and examine how interpersonal interactions and collective action can be used to combat bias.
Experts came from both Philosophy and Psychology and many of those attending also had practical experience of leading diversity training sessions. 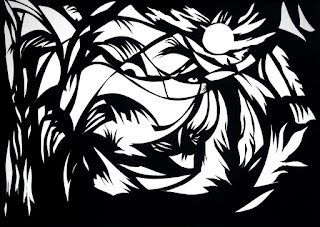 The conference began with Dr Evelyn Carter (UCLA) giving a talk about her ongoing research into applying theories of motivation to confronting bias. She argued that it is crucial that we always confront bias because speaking up sets norms. Across a number of studies her research team have found that feedback drawing attention to and condemning bias makes people more favourable to anti-prejudice. Their research indicates that both high and low confrontation feedback can be effective in promoting change.


After lunch Dr Gabriella Beckles-Raymond (Canterbury) talked about developing an ethics of social transformation. She argued that we are more aware of our biases, and in particular what causes them, than is typically assumed. She argued that we cannot use ‘implicit’ as an excuse that we can’t act or our society as an excuse that we are powerless. Instead we must move away from a focus that sees bias as a problem for individuals, to be solved by individuals and use the ethics of empathy to address the deeper social, societal and structural problems.

Then Dr Robin Scaife (Sheffield) presented the findings from a series of experiments examining the effects of administering in person blame for implicit bias. The results indicate that, contra common assumptions about blaming increasing bias or making people resistant to change, the communication of disapprobation for the manifestation of implicit bias has potential benefits and no costs. Those who had been blamed showed similar or slightly reduced levels of implicit bias and had significantly stronger explicit intentions to change their future behaviour than those who had not.

This was followed by Dr Rosa Terlazzo (Kansas State) who discussed the idea that victims have a duty to other victims to resist their oppression. She argued that if this duty is to end the harm caused by oppressive norms then this is beyond their power, but if the duty is merely not to contribute to the harms then this will do little to limit oppression. Terlazzo argued that instead we should understand victims to have a duty to act as counter-stereotypic individuals in order to weaken the self-regarding biases experienced by other victims and thereby mitigating but not ending the harms of oppressive norms.
The first day of the conference ended with drinks and dinner which provided a great opportunity for all participants to discuss and share their perspectives on bias. 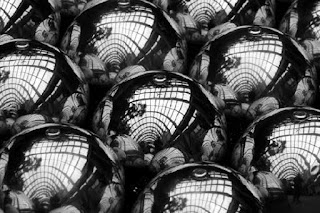 The second day of the conference began with Dr Yannig Luthra (UCLA) on social prejudice, co-authored with Dr Cristina Borgoni (Graz). He presented several arguments in favour of the claim that an individual counts as violating norms of epistemic and practical rationality directly in virtue of drawing from epistemic and practical problems in her social context. The central idea is that rational life is social in much the same way it is temporal. Your view can be an extension of the view of others in the same way it can be an extension of your own past perspective. In both cases one can be implicated for importing rational failings. However, the diagnosis of the wrong must ultimately be with the social sources of the individual’s bias.

Then Dr Joseph Kisolo-Ssonko, (Nottingham) talked about collective intentionality, bias and constituting a ‘we’. He argued that our capacity to think of ourselves as a ‘we’ is not the voluntary choice it is often presented as being. Instead it is underwritten by normatively loaded social and structural biases and power structures. Because of this he concludes that biases do not just cause us to act irrationally on a pre-existing social stage. Rather, they also found what counts for us as collectively rational.

Professor Sally Haslanger (MIT) gave the final talk of the conferenced titled: ‘If racism is the answer, what is the question?’ She claimed that racism is best understood as a homeostatic system where racism is constituted by the systematic looping of schemas and resources. Practices distribute things of value and disvalue but in turn we learn about what different races “deserve” by looking around us at the result of these practices. Haslanger argued that to end racism we have to stop the systematic looping by dismantle society as we know it and that in achieving this end changing attitudes should not be the highest priority because other methods of intervention are likely to be more efficacious.

The conferences concluded with Dr Jules Holroyd (Sheffield) and Dr Erin Beeghly (Utah) chairing a round table discussion. Much of the discussion focused on how to resist and combat the way that recent election results in both the USA and UK have been perceived as legitimising prejudice. Lacey Davidson (Purdue)  made the exciting announced that she has been awarded a Global Synergy Grant to transform Jenny Saul’s bias project website (www.biasproject.org) into an ongoing bias web resource. There were lots of promising suggestions for features which could make up part of this resource. Keep an eye out for developments on that front.

The fourth & final conference in the bias in context series will take place on the 12th and 13th of October at the University of Utah. The full program, details, and call for abstracts for the poster session, will soon be/is available at www.biasincontext4.weebly.com