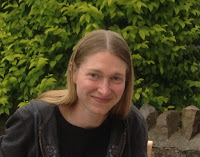 Hello, readers! I’m Patricia Rich, and I’m currently a philosophy postdoc on the new Knowledge and Decision project at the University of Hamburg. This post is about a paper stemming from my dissertation, entitled Axiomatic and Ecological Rationality: Choosing Costs and Benefits. It appeared in the Autumn issue of the Erasmus Journal for Philosophy and Economics.

My paper defends a specific method of evaluating rationality. The method is general and can be applied to choices, inferences, probabilistic estimates, argumentation, etc., but I’ll explain it here through one example. Suppose I’m worried about my friend Alex’s beliefs regarding current affairs. Her claims often seem far-fetched and poorly supported by evidence. As rationality experts who want to help, how should we evaluate Alex?

I embrace several components of the “ecological rationality” research program, which many readers will know from other posts. First, it’s important to move beyond particular beliefs and evaluate strategies that Alex uses or could use (“teach a man to fish …”). The starting point should be her present strategy, which I’ll call FB: Alex skims her Facebook feed and forms many beliefs primarily on the basis of news headlines there.

We probably all think FB is a terrible strategy, but we shouldn’t just tell Alex that and call it a day; it’s important to compare FB to some of her alternatives. For example, Alex could skim both her own feed and her (more conservative) brother’s, or she could watch TV news. Making concrete comparisons focuses our attention on what improvements are possible for Alex and doesn’t require us to posit – and identify – a sharp boundary between “rational” and “irrational” strategies.

Now we face the difficult task of actually comparing FB and the alternatives. At this point I must part ways with advocates of ecological rationality, who defend “accuracy” as the main criterion. The problem is that it’s simply not possible to measure how accurate these strategies are; we can’t know which education or climate policy she ought support, for example. Worse: suppose Alex is allocating retirement savings or buying insurance. Now, even if I know everything about the future economy, I don’t know enough about Alex herself – her risk tolerance, her goals, or what she expects to happen in the future.

This might look like an insurmountable obstacle, but many traditional rationality criteria were in fact developed partly to overcome it; they are very powerful tools and perfectly suited to this job. We might use rules of logic and probability theory to test Alex’s beliefs and the alternative beliefs other strategies would produce; these rules pertain to the coherence of her beliefs, so we don’t need to know which are true and which false, or how accurate her probabilistic judgments are.

If we can show that Alex can be expected to have a less incoherent belief system if she views her brother’s feed as well as her own, then we have good grounds for saying that this strategy is better -- more rational -- than her present strategy. The precise relationship between coherence and accuracy is complex and a matter of much debate, and it is true that coherence alone cannot guarantee accuracy from a god’s-eye perspective; nonetheless, coherence can do heavy lifting that nothing else can.

I’ve been developing one application of this method (to risky choice); if the method might help to advance your own research agenda, I encourage you to get in touch.