In this post, Andy Clark, Professor of Logic and Metaphysics at the University of Edinburgh, introduces his new book: Surfing Uncertainty: Prediction, Action, and the Embodied Mind. 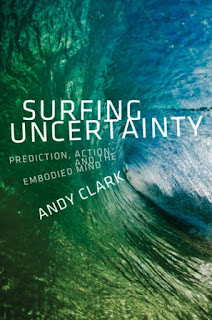 Sometimes, we are most forcibly struck by what isn’t there. If I play you a series of regularly spaced tones, then omit a tone, your perceptual world takes on a deeply puzzling shape. It is a world marked by an absence – and not just any old absence. What you experience is a very specific absence: the absence of that very tone, at that very moment. What kind of neural and (more generally) mental machinery makes this possible? 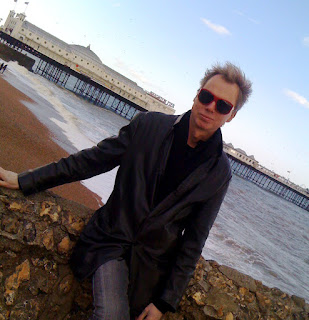 There is an answer that has emerged many times during the history of the sciences of the mind. That answer, appearing recently in what is arguably its most comprehensive and persuasive form to date, depicts brains as prediction machines – complex multi-level systems forever trying pre-emptively to guess at the flow of information washing across their many sensory surfaces.

According to this emerging class of models, biological brains are constantly active, trying to predict the streams of sensory stimulation before they arrive. Systems like that are most strongly impacted by sensed deviations from their predicted states. It is these deviations from predicted states (‘prediction errors’) that here bear much of the explanatory and information-processing burden, informing us of what is salient and newsworthy in the current sensory array. When you walk back into your office and see that steaming coffee-cup on the desk in front of you, your perceptual experience (the theory claims) reflects the multi-level neural guess that best reduces prediction errors. To visually perceive the scene, your brain attempts to predict the scene, allowing the ensuing error (mismatch) signals to refine its guessing until a kind of equilibrium is achieved.

Perception here phases seamlessly into understanding. What we see is constantly informed by what we know and what we were thus already busy (both consciously and non-consciously) expecting. Perception and imagination likewise emerge as tightly linked, since to perceive the world is to deploy multi-level neural machinery capable of generating a kind of ‘virtual version’ of the sensory signal for itself, using what the system knows about the world. Indeed, so strong is the tie that perception itself becomes a matter of what some theorists have called ‘controlled hallucination’.

All this has real social and political implications. The familiar song, played on a poor radio receiver, really does sound clearer. This is not a mere memory or familiarity effect, but reflects the basic percept which is constructed with much better predictions than you’d have for an unfamiliar song. This has a dark side too. The police officer – as pointed out in a much-cited New York Times piece by Lisa Feldman Barrett - might really seem to start to see the outline of a gun in the hands of the unarmed, cellphone-wielding suspect. This would not be a mistaken judgment based on an ambiguous percept, but a mistaken percept based on (unconscious, and perhaps ill-founded) expectations. In such cases, the full swathe of good sensory evidence would soon turn the tables – but that might be too late for the unwitting suspect.

Thinking about perception as tied intimately to multi-level prediction is also delivering new ways to think about the emergence of delusions, hallucinations, and psychoses, as well as the effects of various drugs, and the distinctive profiles of non-neurotypical (for example, autistic) agents. In such cases, the delicate balances between top-down prediction and the use of incoming sensory evidence may be disturbed in varying (but systematic) ways. As a result, percepts and understandings both alter in remarkable, and potentially reciprocally entrenching, fashions.

Surfing Uncertainty explores all these themes, linking them throughout to work on the embodied mind. The bridge here lies in the under-appreciated fact that all these neural predictions are built in the service of action, and emerge within a processing regime that deeply values frugality. The upshot is that our predictive brains predict only what they need to predict to get the job done, leaning heavily on properties of the body, the world, and other agents along the way.

Is the story right? It’s too soon to say. The neuroscientific evidence is growing, and the power of closely related computational and robotic approaches beyond doubt. But it remains to be seen whether this is (as I believe and argue) the root material for a unified science of brain and behavior, or just another mind-tool playing limited but important roles in the scrabble for adaptive success.
Posted by Sophie Stammers at 08:00