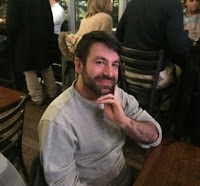 My name is Peter Pantelis. I study “theory of mind”—our ability to reason about other people’s mental states. Years ago, I became interested in an economic game called the Beauty Contest, because I think it taps into theory of mind very elegantly:

You are going to play a game (against 250 undergraduate psychology students). Each player will submit a whole number from 0 to 100. The winner will be the player whose number is closest to 2/3 of the mean number selected by all the players.

What number do you submit?

What number should you submit, and why? Game theory says the rational strategy is for you to say 0—and so should everyone else. That’s what economists call the Nash equilibrium.[1] But in practice, virtually nobody submits the “rational” choice of 0. The average number selection is usually something like 25-35.

People also give a wide variety of responses, and interpreting this (non-normative) pattern is where the behavioral economists come in. Nagel (1995) and Camerer and Fehr (2006) have modeled this task in ways that both fit the empirical data well and capture the various intuitions people bring to this game. Their papers are some of my favorites, and I summarize their approaches in our recently published Cognition paper.

They posit that players bring different levels of strategic sophistication to this game. Although many players answer completely randomly or arbitrarily, for most players, a critical aspect of deciding on what number to select is making a sensible prediction of what numbers the other players are likely to select. And to sensibly do so you must estimate just how sophisticated your opponents are, and possibly what beliefs they also may hold about you.

If that doesn’t engage your theory of mind ability, I don’t know what does.

So why did I specifically want to study how people with autism approach this game? To take a step back, theory of mind—especially complex, recursive reasoning about other people’s mental processes (e.g., beliefs about others’ beliefs)—has long been hypothesized to be impaired in this population (Baron-Cohen et al. 1985). It therefore surprises many to learn that adults with and without autism (after you’ve balanced the two groups for gender, age, and IQ) produce essentially identical distributions of responses in this game.

To me, it seems evident that many economic games like the Beauty Contest engage cognitive processes closely akin to theory of mind. Developmental psychology has been slow to appreciate this connection, which I think is why there are so few studies in the literature of how people with ASD approach economic games. But it’s such a critical connection to make!

Thank you for taking the time to read about this study, which I performed as a postdoc at Dr. Daniel Kennedy's lab at Indiana University. I’m currently living in New Jersey and seeking new opportunities, so if you know of a lab or business who might be looking for someone like me, don’t be shy about telling me about it.

[1] In this case, choosing any number besides 0—if everyone else selects 0—would result in 2/3 of the mean of all the numbers still being closer to 0 than to any possible number that individual person could choose. So that person would lose the game.