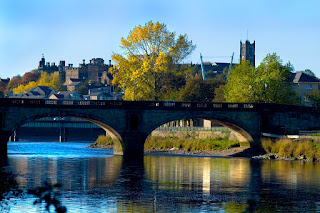 Lancaster University hosts an annual Work in Progress conference in Philosophy of Psychiatry. The conference, rather than being concerned with presenting finished papers, aims to open a discussion in which peers and colleagues share their thoughts on an ongoing project or question to be answered. This year, I co-organised the event with Dr Rachel Cooper. The conference was held on June 2nd and covered a wide range of different topics in Philosophy of Psychiatry, with speakers from different institutions across the UK.

The issues we talked about included the way in which psychiatrists in the US perceive and respond to their critics, how metaphors can inform the understanding of psychoses, the distinction between mental and brain disorders, the line between personal autonomy and serious psychopathology, and the theoretical and philosophical problems RDoC (Research Domain Criteria) faces in finding new ways of studying mental disorders.


I was pleased that we had the opportunity to talk about various phenomenological considerations of different mental illnesses. Joel Kruger gave a talk exploring affective framing as a way of accounting for our relations with objects and people in the world, and how the breakdown of these relations in schizophrenia can be explained as unworlding: the breakdown of affective structures of our relation with the world. Marcin Moskalewicz also spoke about schizophrenia and the problem of experiencing and perceiving time, which influences self-consciousness and perception of the self in the experience of the illness.

Drawing on first-person accounts, Rachel Gunn’s talk was also concerned with affective framing and enactivism, and how these elements can be employed to account for the multiple layers of meaning and significance involved in delusional experiences. Similarly based on personal accounts, my own talk considered how the emphasis on death in Iranian culture can explain some of the differences in experience of depressive patients in Iran, namely attitudes towards suicide, as well as the perception of life and the world as absurd, which can thought of as a culturally specific manifestation of depression.

We are extremely thankful to our speakers and all who attended, for such varied and interesting topics of discussion, and look forward to our next event in 2018.