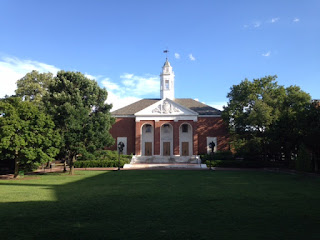 The 43rd annual meeting of the Society for Philosophy and Psychology was held in Baltimore, Maryland, at Johns Hopkins University from 28-1 July, 2017. The meeting brought together philosophers, psychologists, and cognitive scientists working on issues of common interests. In this post, Federico Bongiorno (PhD student at the University of Birmingham) offers a summary of each of the keynote lectures presented in plenary sessions. 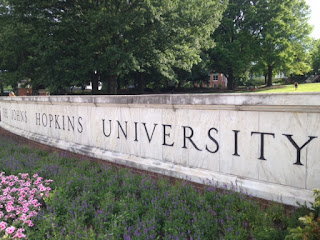 On day 1, Daniel Schacter (Harvard) kicked off the conference with a talk on memory distortions and constructive aspects of remembering. Schacter views human memory as being far more a matter of constructive rather than reproductive processes that are sometimes susceptible to error and distortion.

Two major themes were pursued. One is the idea that some types of memory distortions are side-effects of otherwise adaptive memory processes. The other is the critical role played by episodic memory, which is defined as the ability to recollect episodes from one’s personal past, in imagining possible future scenarios.

In the first part of the talk, Schacter discussed recent neuropsychological evidence suggesting the adaptive nature of gist-based false memories. He did so by showing that the same brain region that serves the adaptive function of encoding semantic memory, namely the temporal pole, is responsible for this type of memory errors.

The second part of the talk sought to demonstrate that the flexible retrieval processes involved in episodic memory support adaptive uses of episodic simulation but also increase memory errors. Experimental results were shown in support of the proposed hypothesis. The results suggested that the capacity for flexible retrieval underlying successful associative inference increases susceptibility to source misattributions, which result from mistakenly combining details of distinct episodes.


Peter Godfrey-Smith (CUNY, Sidney) opened day 2 of the conference. His talk looked at the evolution of consciousness, broadly conceived, in the context of the phylogenetic pattern of animal life – how animals of different kinds are related in the ‘tree of life’.

Godfrey-Smith suggested that this can eventually help us work out whether consciousness evolved once or more than once, and if it evolved more than once, whether this was the replaying of an essentially similar sequence, or whether the historical paths were very different from each other.

He advanced the hypothesis that it evolved more than once. The branchings between vertebrates, cephalopods, and the most behaviourally complex arthropods (e.g. crabs and bees) are very deep in history, so deep that the common ancestor was probably something as simple as a flatworm. He conjectured that octopuses and vertebrates may be the clearest cases of evolutionary transition to consciousness, whereas arthropods are more uncertain.

Godfrey-Smith further discussed whether there might be two different kinds of basic consciousness, one kind linked to the senses and another more linked to evaluation and affect. He then discussed some invertebrate cases where these features might be dissociated.

Some arthropods, in particular, seem much more sophisticated on the sensory then on the evaluative/affective side. This summarises a possible multiple-origin story where there are different types as well as different tokens with respect to the evolution of consciousness.


Alison Gopnik (Berkeley) spoke next. The core idea of her talk was to make a case about the function that immaturity might be serving in human development. Gopnik suggested that the extended length of our childhood allows us to approach learning with a more open, creative, and fluid mindset, before the requirements of goal-directed decision making kick in.

She likened this to what computer scientists have described in terms of a tension between exploration and exploitation: a system will learn more by exploring a wider range of possibilities but will be more effective by exploiting a narrower set of options.

She then showed how this tension gets resolved in computer science with a procedure called simulated annealing, a term originally used to denote the process of heating and cooling that leads to robustness in metallurgy. The idea is that a learner begins with ‘high-temperature’ searches, moving around widely in the space of hypotheses, and gradually ‘cool off’ to focus more narrowly on the most viable candidates.

Gopnik argued that childhood may be the evolution’s way of performing simulated annealing. On her view, this would explain why children sometimes infer unusual or unlikely principles better than adults. She concluded by surveying evidence, both from her own lab and from others, in support of such framework.

The last keynote talk of the conference was given by Berit Brogaard (Miami). Brogaard put forth a perceptual view of speech comprehension, arguing that we can literally perceive speaker meanings through auditory means. She defended this view against the inferential alternative, according to which what a speaker means by their utterances can only be determined through inferential processes.

Two major criticisms have been levelled at one of the main considerations in support of the perceptual view, namely, that there is a phenomenal contrast between listening to foreign and native languages. One line of criticism appeals to the case of homophones (e.g. ‘pole’ and ‘poll’), where identical auditory experiences correspond to different meanings.

A second line of criticism appeals to the ubiquity of context-sensitivity in ordinary language, which is said to rely on inferences driven by our background knowledge of the world. After rejecting these objections, she presented empirical evidence on the nature of language comprehension that speaks to the perceptual view.